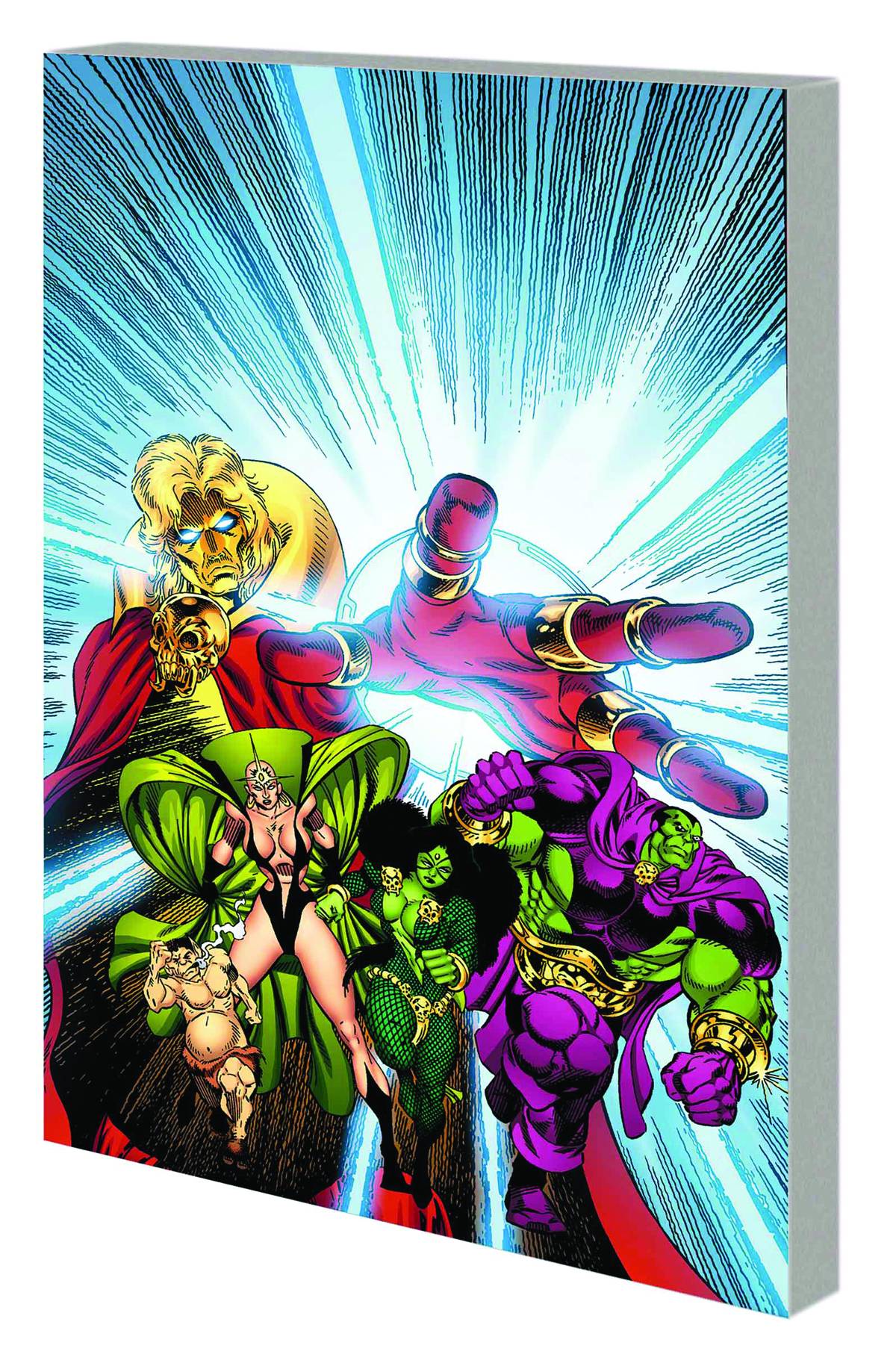 #
JUN130692
(W) Various (A) Various (CA) Angel Medina
Jim Starlin's Infinity saga continues here! After defeating Thanos, Adam Warlock won possession of the Infinity Gauntlet - and absolute power! Can the most powerful being in the universe be convinced to give up the Gauntlet? And who can be trusted with even a portion of its awesome abilities? Meanwhile, the Silver Surfer races to destroy Thanos' shrine to Death - but first he must contend with the Collector, onetime owner of an Infinity Gem, and face his darkest fears! Plus: Discover the fate of Thanos' daughter, Nebula! Don't miss the stories bridging INFINITY GAUNTLET and INFINITY WAR! Guest-starring the original Captain Marvel, Dr. Strange, Thor, the Inhumans and an army of cosmic forces! Collecting SILVER SURFER (1987) #60-66, DR. STRANGE: SORCERER SUPREME #36, WARLOCK & THE INFINITY WATCH #1-6 and material from SILVER SURFER ANNUAL #5.
In Shops: Sep 04, 2013
SRP: $34.99