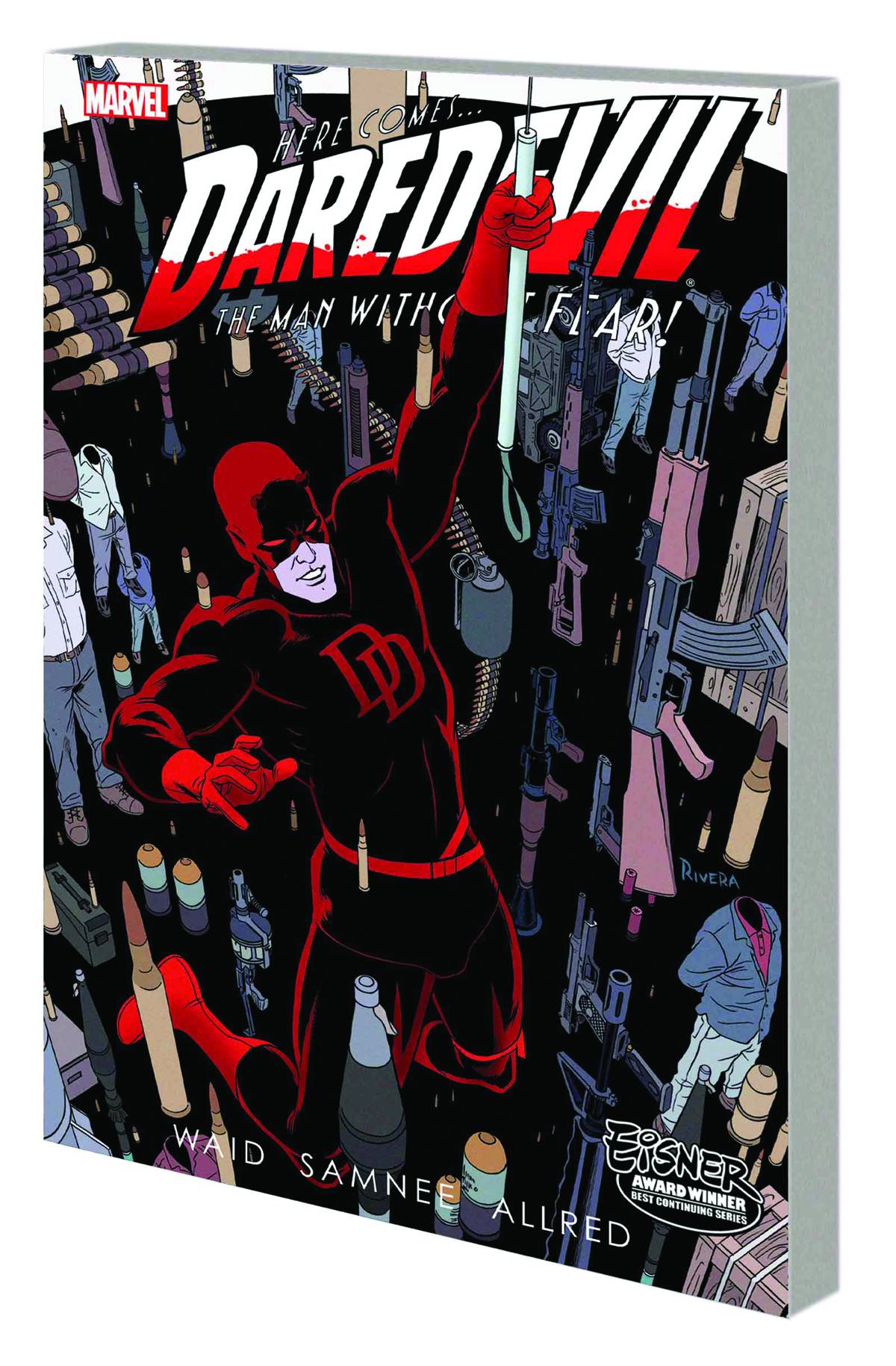 #
JUN130690
(W) Mark Waid (A) Various (CA) TBD
Someone is meddling with Matt Murdock's mind! Daredevil undergoes urgent brain surgery when fellow Avenger Hank Pym enters his head to destroy sensory-deprivation robots implanted by Dr. Doom. The two men gain a new understanding of each other's struggles when the bots battle back, forcing Pym to fight blind! Then, Daredevil's recovery hits a snag when he starts to question reality. His best friend, Foggy Nelson - believing Matt is losing his mind and presents a danger to himself and others - dissolves their law partnership and friendship. Ghosts from Daredevil's past return to haunt him in a mind-bending adventure that leaves him second-guessing his sanity as he faces off against dangerous new villain the Coyote! Collecting DAREDEVIL (2011) #16-21.
In Shops: Aug 28, 2013
SRP: $16.99
View All Items In This Series