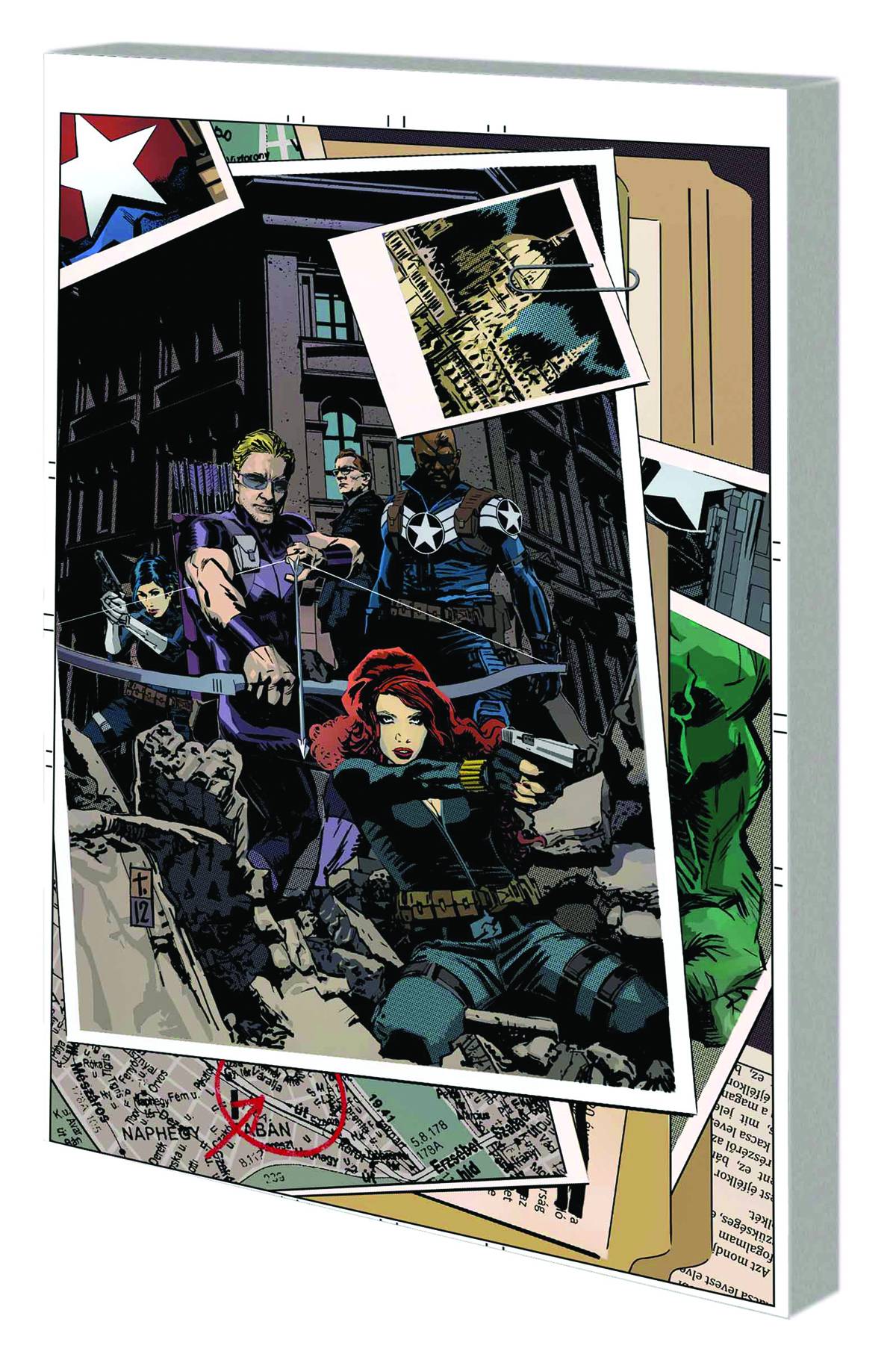 #
JUN130683
(W) Nick Spencer (A) Luke Ross (CA) Tomm Coker
The new Nick Fury leads an all-new, ultra-covert Avengers strike team including Hawkeye, Black Widow, the Hulk, Winter Soldier, Maria Hill and Phil Coulson on missions so dangerous, even the team members themselves can't know about them! How is that even possible? The hush-hush answer awaits you inside! Fury knows who he wants as his next recruit for the Secret Avengers: the deadly mercenary known as Taskmaster! But how to extract S.H.I.E.L.D.'s newest prospective agent from the only prison cell in Bagalia - the nation-state built by, and for, super villains? Plus: Learn the deadly secret of the new Iron Patriot as AIM's Scientist Supreme and new High Council launch their first attack, igniting global war - with Quake and Nick Fury caught in the crosshairs! Collecting SECRET AVENGERS (2013) #1-5 and material from MARVEL NOW! POINT ONE #1.
In Shops: Aug 28, 2013
SRP: $17.99
View All Items In This Series