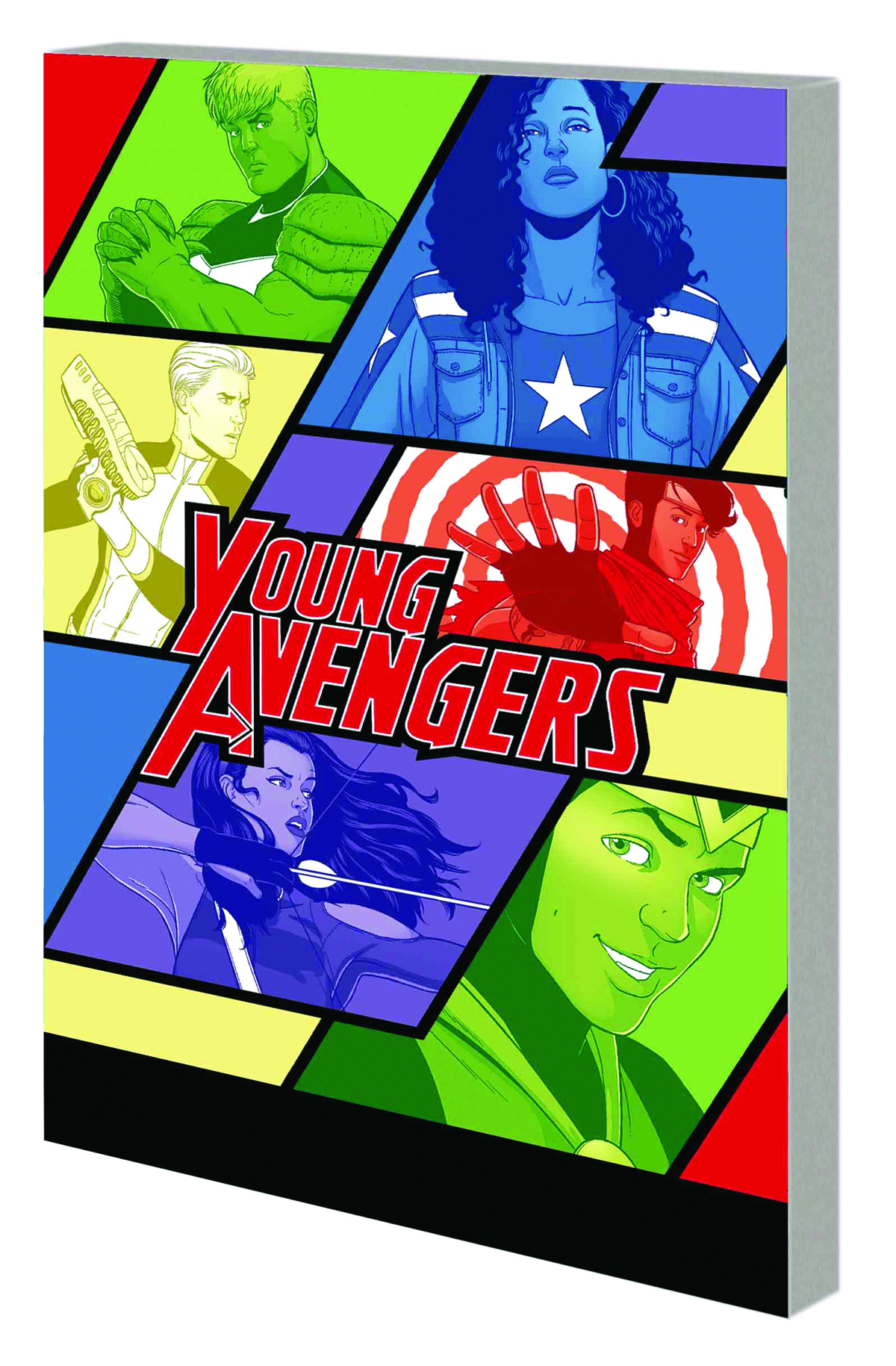 JUN130682
(W) Kieron Gillen (A/CA) Jamie McKelvie
Legacy isn't a dirty word, but it's an irrelevant one. It's not important what our parents did. It matters what WE do. Someone has to save the world. You're someone. Do the math. The critically acclaimed team of Kieron Gillen and Jamie McKelvie reinvent the teen super-hero comic for the 21st century, uniting Wiccan, Hulkling and Kate "Hawkeye" Bishop with Kid Loki, Marvel Boy and Ms. America. No pressure, right? As a figure from Loki's past emerges, Wiccan makes a horrible mistake that comes back to bite everyone on their communal posteriors. Fight scenes! Fake IDs! Plentiful feels! (a.k.a. "meaningful emotional character beats" for people who aren't on tumblr.) Young Avengers is as NOW! as the air in your lungs and twice as vital. Hyperbole is the BEST! THING! EVER! Collecting YOUNG AVENGERS (2013) #1-5 and material from MARVEL NOW! POINT ONE #1.
In Shops: Aug 28, 2013
SRP: $15.99
View All Items In This Series