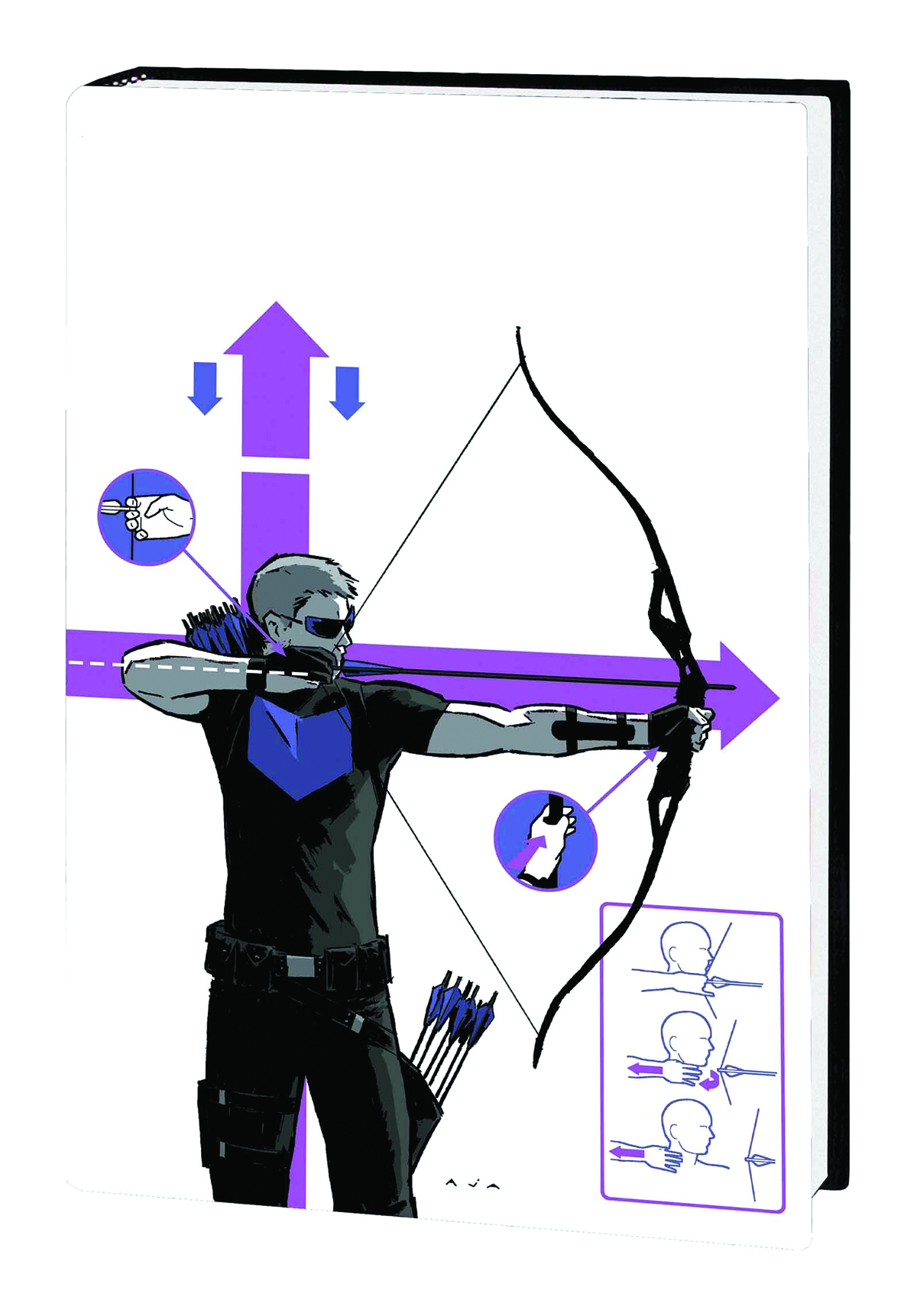 JUN130677
(W) Matt Fraction (A) Various (CA) David Aja
The must-read, sleeper-hit book of 2012! Clint Barton - a.k.a. the self-made hero Hawkeye, breakout star of the Avengers film, fights for justice...and good rooftop BBQs! And with Young Avenger Kate Bishop by his side, it's double the Hawkeye and double the trouble as they battle Superstorm Sandy, digital doomsday, dog detectives, lady problems, murder for money, tracksuited killers and more! It's cars, guns and videotape as Matt Fraction and David Aja (IMMORTAL IRON FIST) reunite for this exciting, adventurous reinvention of the arrowed Avenger! Plus: Relive Kate's first meeting with Clint as she learns wanting something can be miles away from actually earning it. And most important, Pizza Dog gets his own story! Can he solve the grisly murder that shocked Team Hawkguy? Who knows! He's a dog! Collecting HAWKEYE (2012) #1-11 and YOUNG AVENGERS PRESENTS #6.
In Shops: Nov 06, 2013
SRP: $34.99
View All Items In This Series