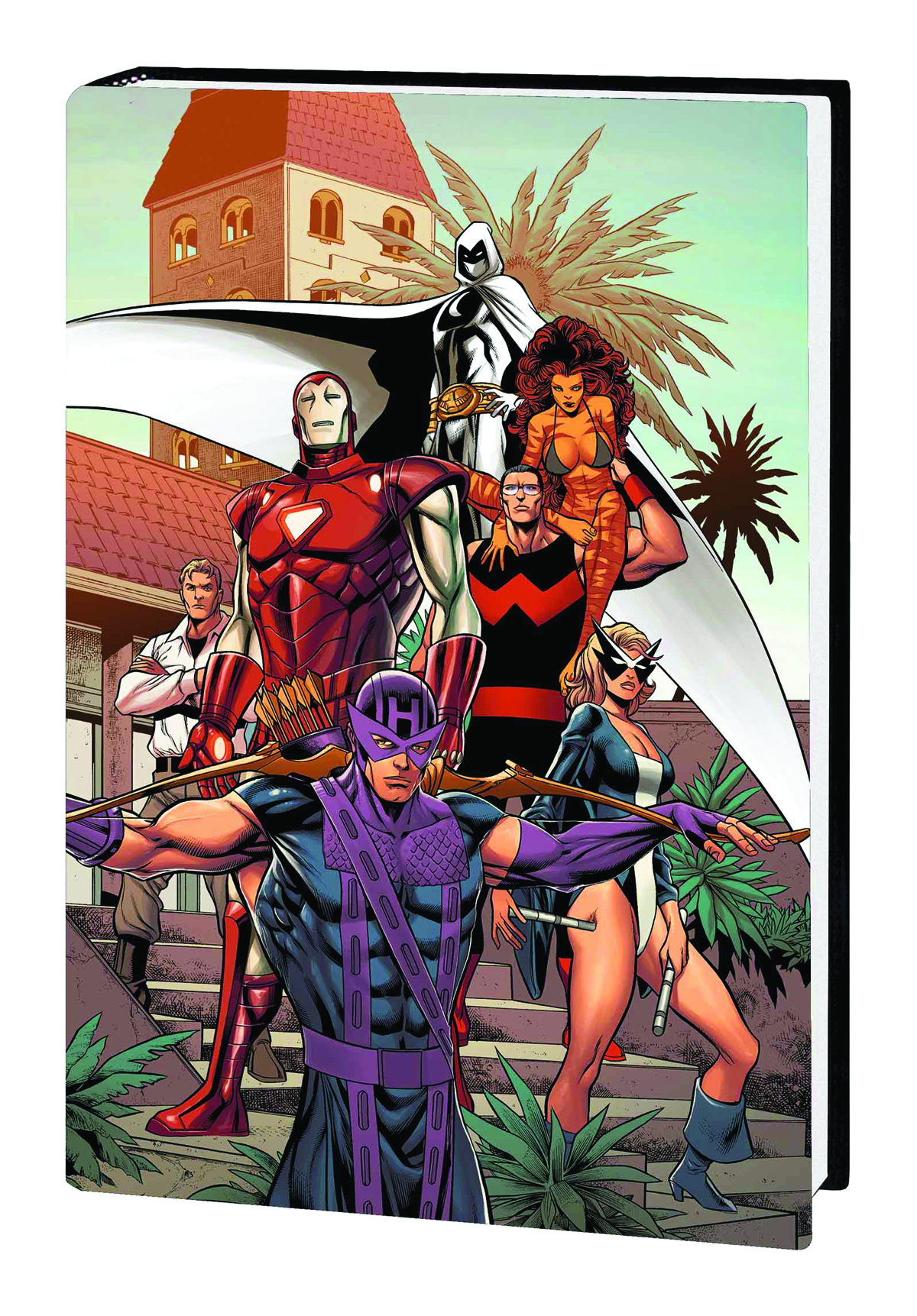 JUN130672
(W) Various (A) Various (CA) Carlos Pacheco
It's a case of the Wild West Coast Avengers as the Whackos are lost in space-time! But to get home, Hawkeye and pals will have to go even further back - to Ancient Egypt, and a mind-bending triple crossover with Dr. Strange and the Silver Age Fantastic Four! Meanwhile, Hank Pym faces a very personal crisis, which can only mean one thing: a new costumed identity! Moon Knight grabs a place in the sun, joining the team just in time for a Zodiac attack as two old faces return - one from the grave! But with her marriage at stake, can Mockingbird lay to rest a troubling ghost from her jaunt to the past? Collecting WEST COAST AVENGERS (1985) #17-41 and ANNUAL #2-3, AVENGERS ANNUAL #16, FANTASTIC FOUR (1961) #19, and DR. STRANGE (1974) #53.
In Shops: Nov 06, 2013
SRP: $75.00
View All Items In This Series
ORDER WISH LIST