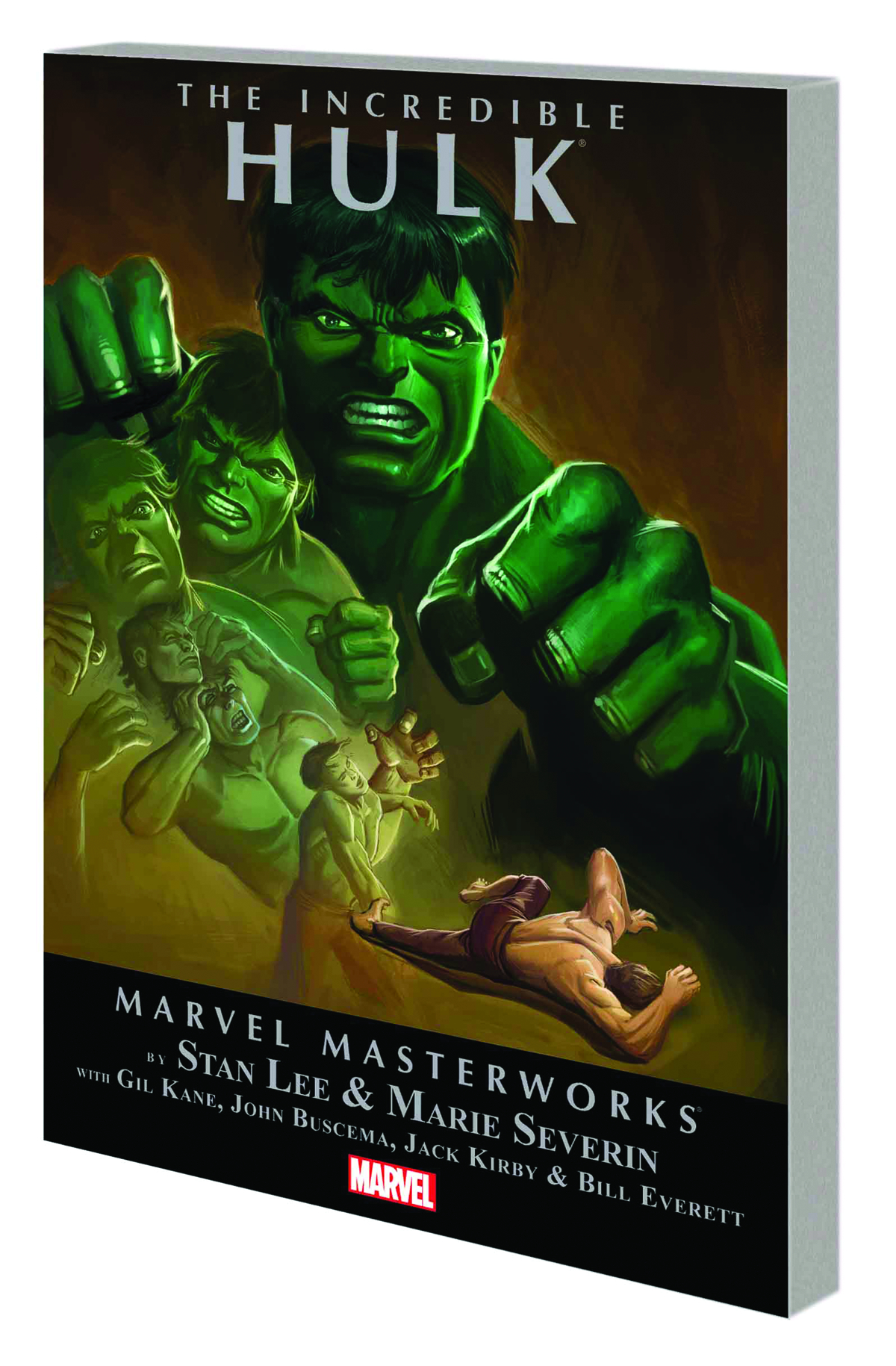 JUN130670
(W) Stan Lee, Gary Friedrich (A) Various (CA) Marie Severin
Brace yourself, True Believer, the Hulk is smashing his way into another monster-sized Masterworks! It's not a happy Hulk, but it is an action-packed Hulk you'll see face off against the Boomerang, the android Hulk-Killer - and the Abomination, in his classic first appearance! That's only the warm-up, though! The cosmos itself shudders when the strongest man-like being in the Marvel U. battles the Silver Surfer, the Sub-Mariner and the Mighty Thor! It's action and adventure as only Stan Lee and a host of incomparable Marvel Age artists - from Marie Severin and John Buscema to Gil Kane and Bill Everett - can bring you! Collecting INCREDIBLE HULK (1968) #102 and material from TALES TO ASTONISH (1959) #80-101.
In Shops: Aug 28, 2013
SRP: $24.99
View All Items In This Series