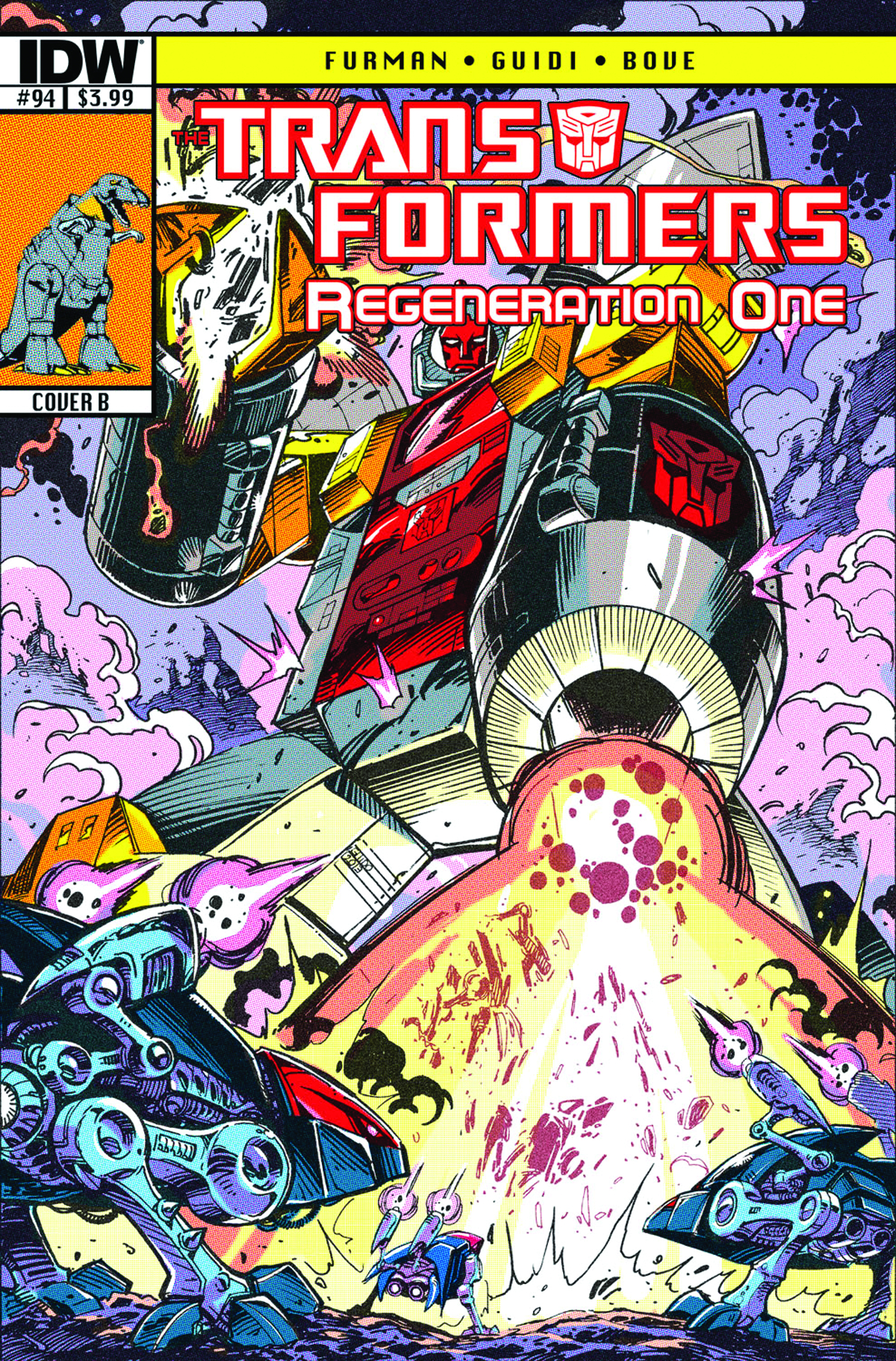 JUN130399
(W) Simon Furman (A) Stephen Baskerville (CA) Andrew Wildman (A/CA) Guido Guidi
CYBERTRON UNDER SIEGE! As BLUDGEON's Blitz Engines wreak havoc, the AUTOBOTS struggle to muster a response to a threat that feels all too close to home! But their "greatest warrior," ULTRA MAGNUS, has problems of his own... in the shape of a fighting mad GALVATRON. It's the clash of titans you've (almost) never seen before!
In Shops: Aug 28, 2013
SRP: $3.99
View All Items In This Series