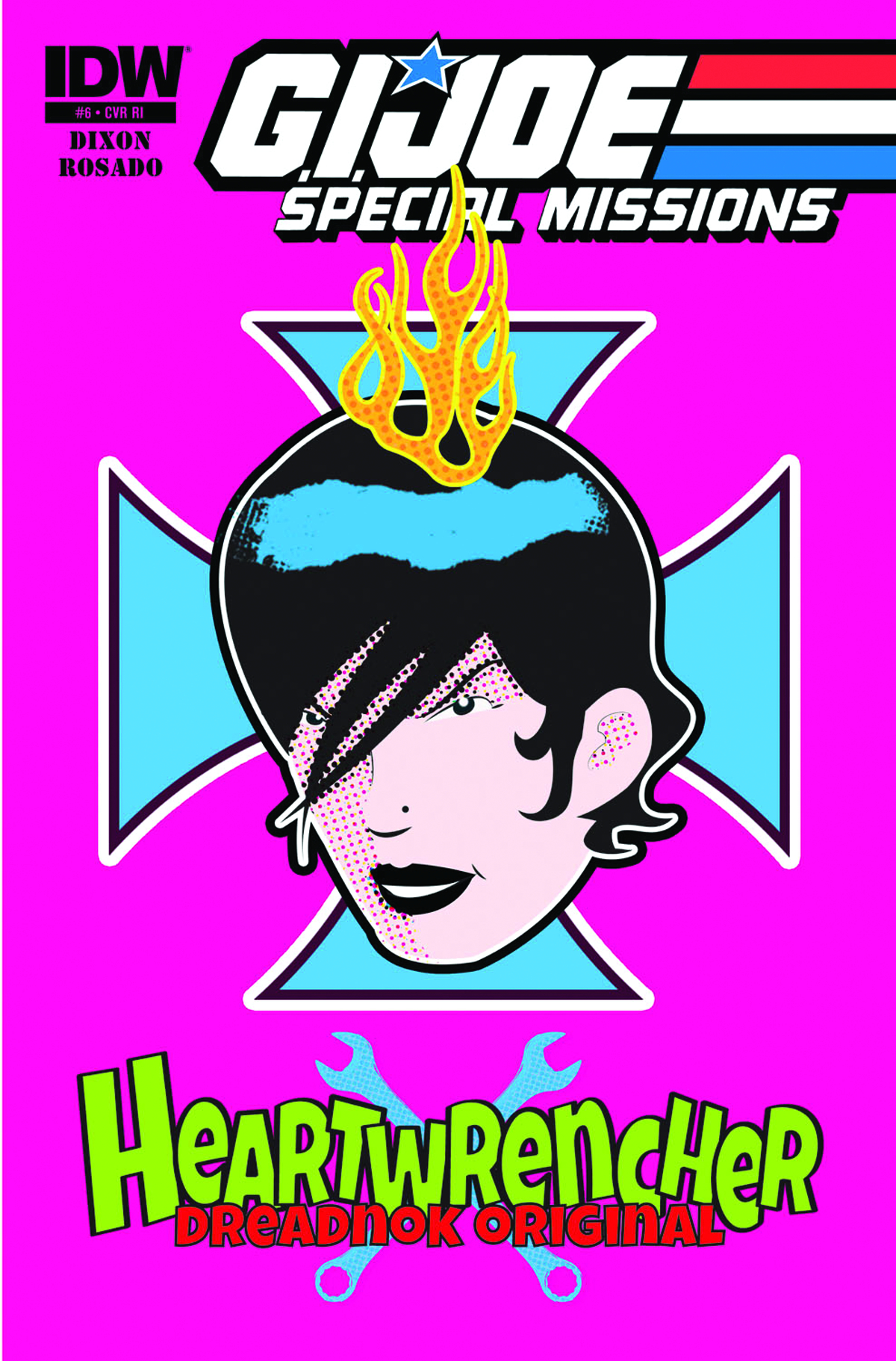 JUN130384
(W) Chuck Dixon (A) Will Rosado (CA) Paul Gulacy, James Biggie
G.I. JOE has tracked a downed COBRA satellite to the lair of a vicious gang of motorcycle marauders called THE DREADNOKS! The bad news keeps coming with the re-appearance of ZARTAN as the leader of the biker maniacs and they have three G.I. JOE members captive! It's up to ROADBLOCK and SPIRIT to rescue their brother warriors and stop ZARTAN before he turns himself into a weapon of mass destruction.
In Shops: Aug 14, 2013
SRP: $3.99
View All Items In This Series
ORDER WISH LIST