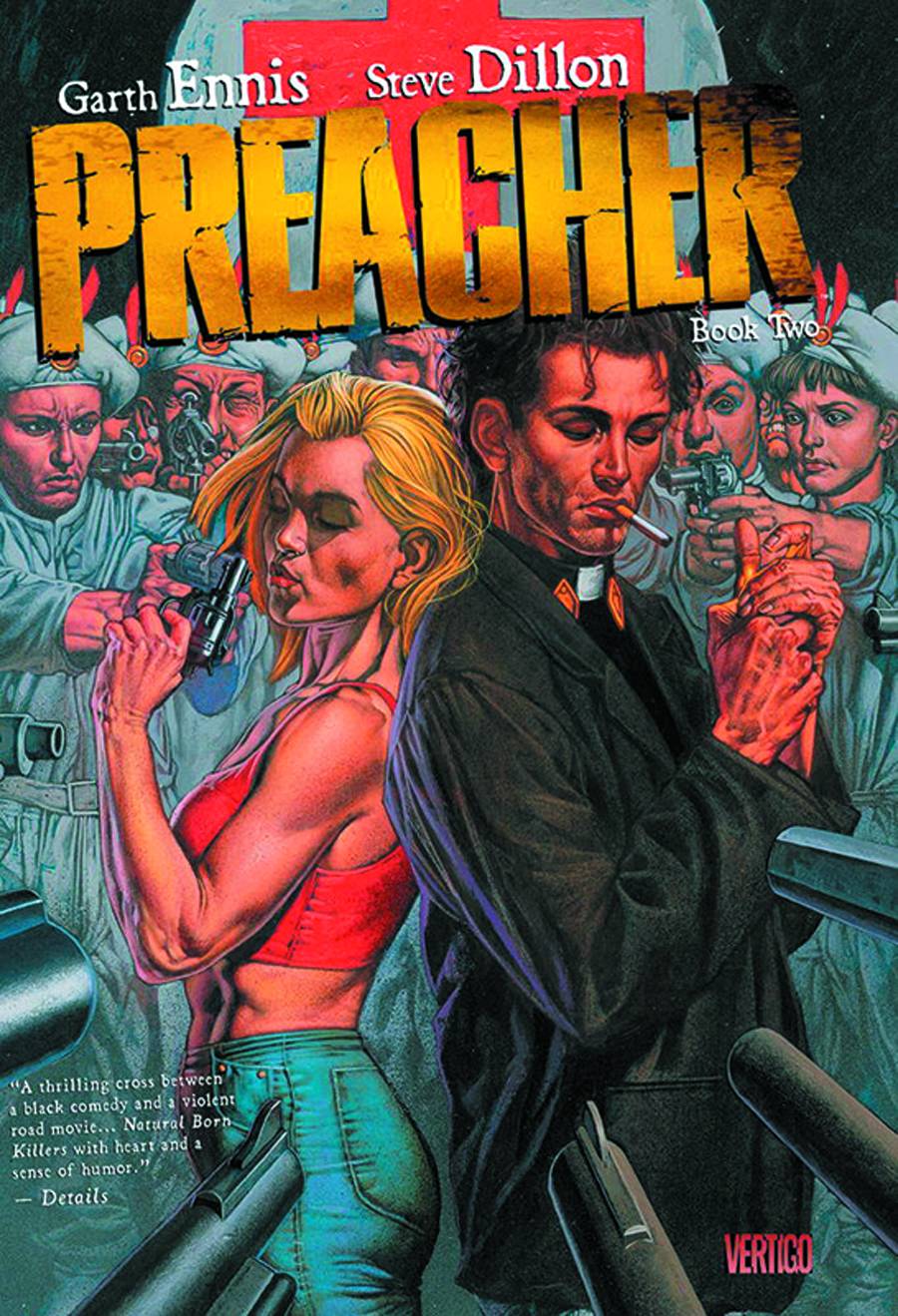 #
JUN130299
(W) Garth Ennis (A) Steve Dillon (CA) Glenn Fabry
In this new trade paperback collecting PREACHER #13-26, Jesse Custer, his girlfriend Tulip and their vampire friend Cassidy head west to a party of Babylonian proportions. Then Jesse flies to France to rescue Cassidy from the clutches of religious fanatics. His search leads him into battle against the forces of the mysterious organization known as The Grail.
In Shops: Sep 25, 2013
SRP: $19.99
View All Items In This Series
ORDER WISH LIST