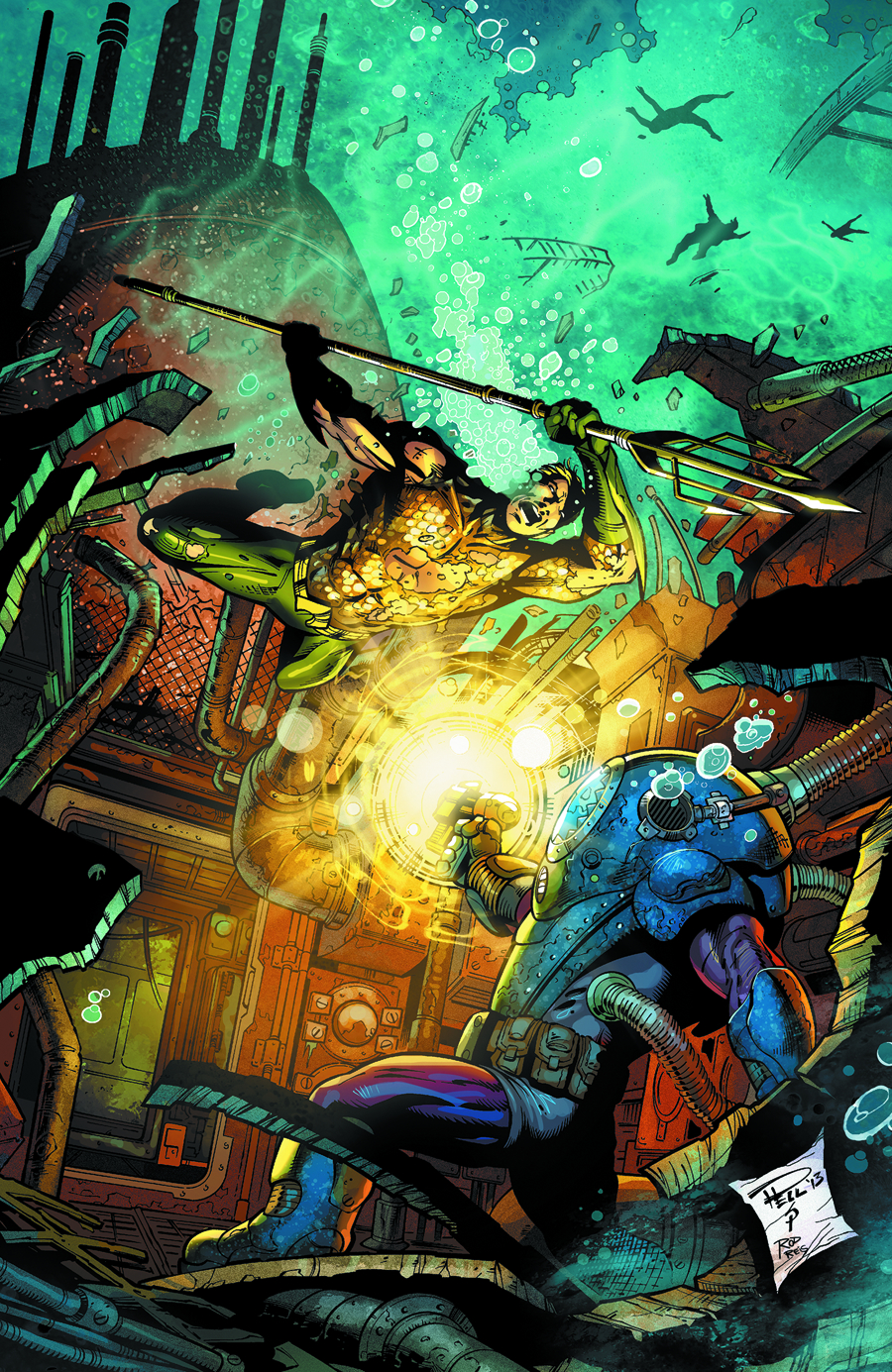 JUN130163
(W) Geoff Johns (A/CA) Paul Pelletier, Sean Parsons
The critically acclaimed adventures of Aquaman continue! "DEATH OF A KING" comes to a shocking conclusion as Aquaman is forced to fight alongside Mera's husband Nereus to defend Atlantis from the Dead King-the first King of Atlantis and rightful ruler of the Seven Seas! But what does the Scavenger and his army have to do with this attack? And what dark secret will send Aquaman off on a quest to uncover the truth behind himself and Atlantis?
In Shops: Aug 28, 2013
SRP: $2.99
View All Items In This Series
ORDER WISH LIST