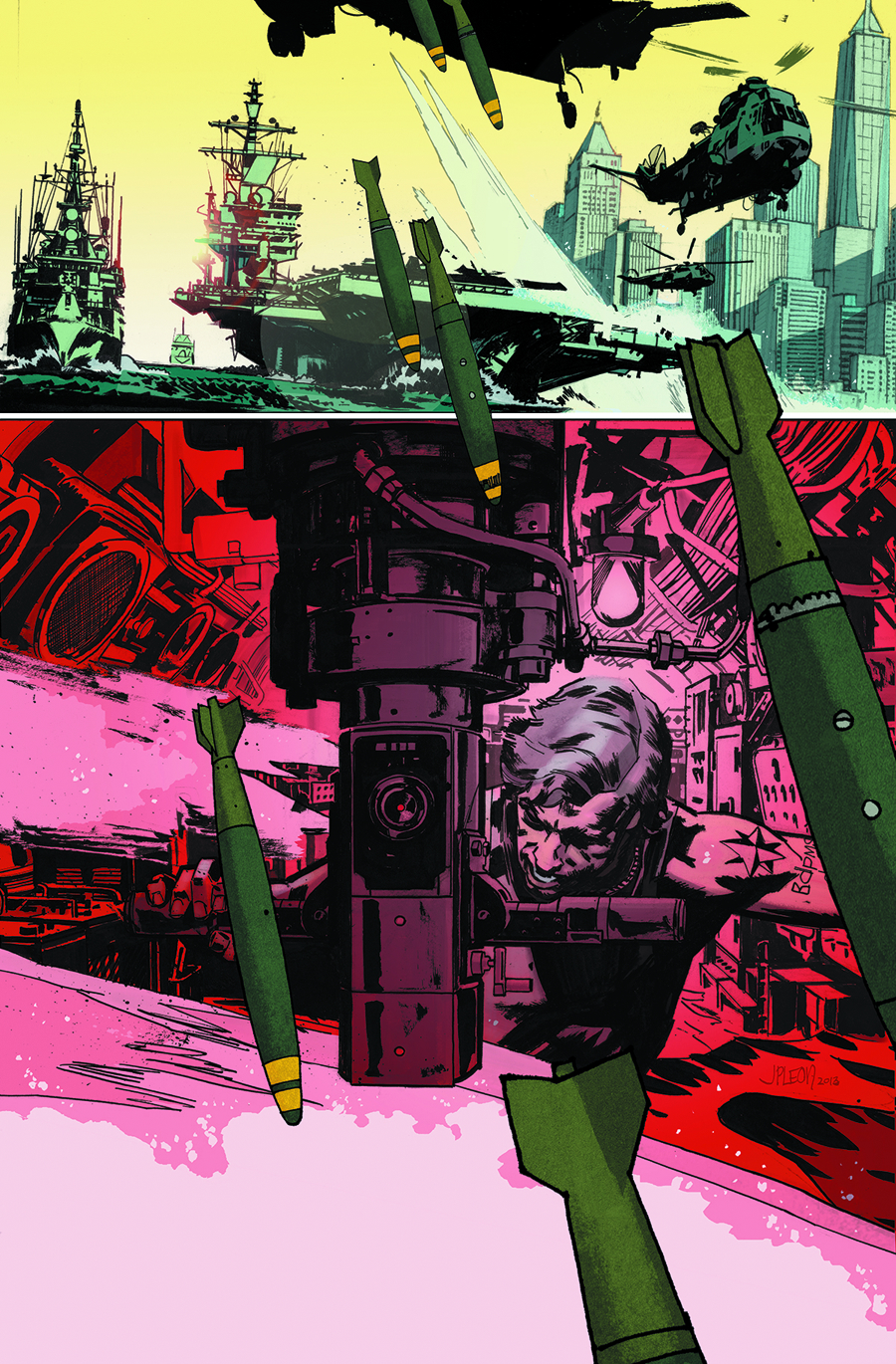 JUN130047
(W) Brian Wood (A) Garry Brown (CA) John Paul Leon
Ninth Wave's presence within the United States' now-sunken borders has caused a disruption that a rogue US Navy battle group plans to end. Mismatched and outnumbered by a fleet of larger ships, the crew of Kapital must rely on the unexpected aid of a rogue member of Ninth Wave in the explosive conclusion to Brian Wood's comic book return to New York City.
In Shops: Aug 28, 2013
SRP: $3.50
View All Items In This Series