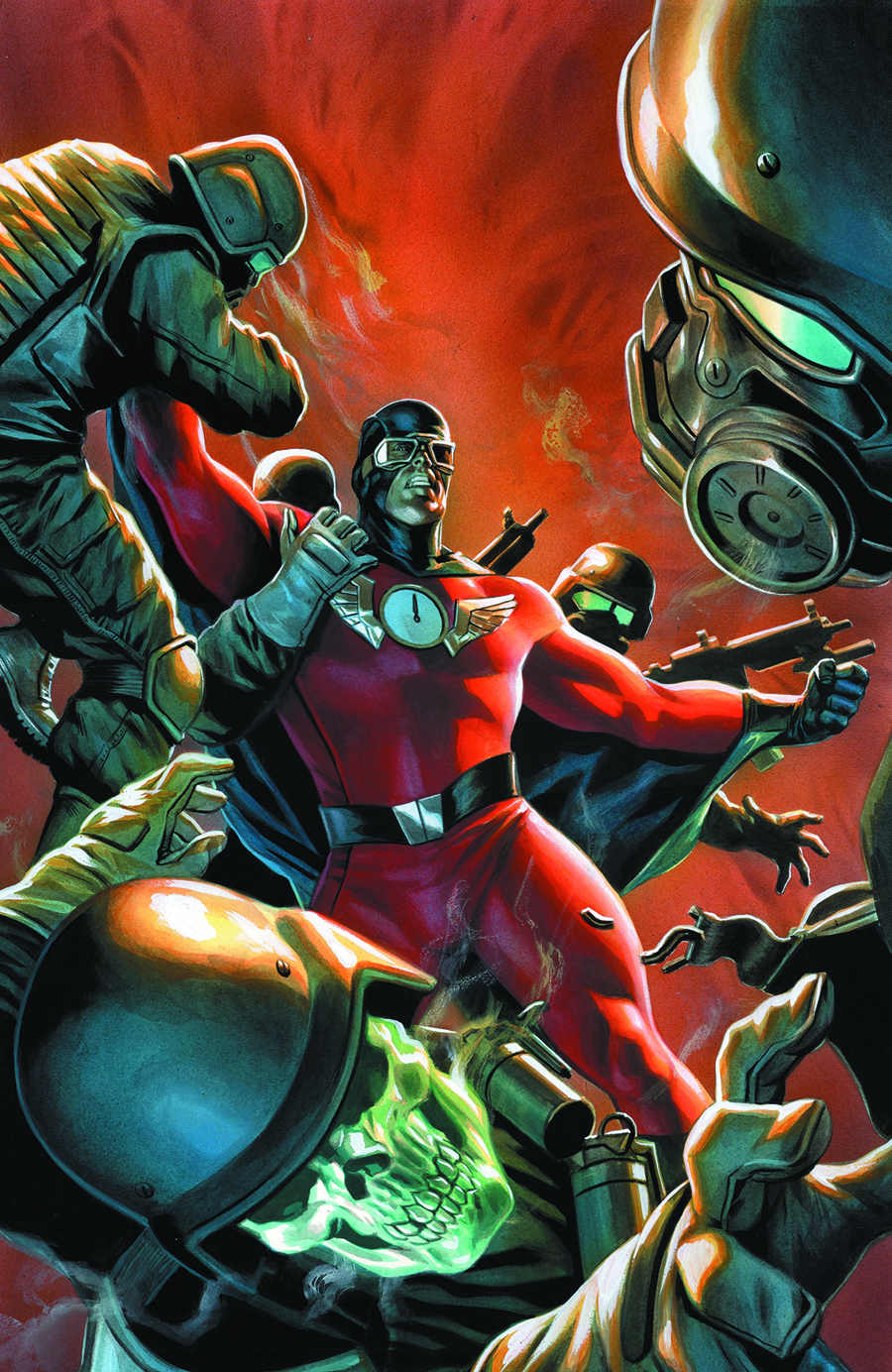 JUN130039
(W) Joshua Williamson (A) Fernando Dagnino (CA) Felipe Massafera
It's only been seventy-two hours since he appeared in the present, but three people have already tried to kill Captain Midnight! When faced with an FBI agent tasked with his capture, a fanboy pilot who knows his history, and the badass granddaughter of his lost love, the time-traveling hero must decide if he can trust these unlikely allies as he attempts to take on one of his oldest enemies!
In Shops: Aug 28, 2013
SRP: $2.99
View All Items In This Series