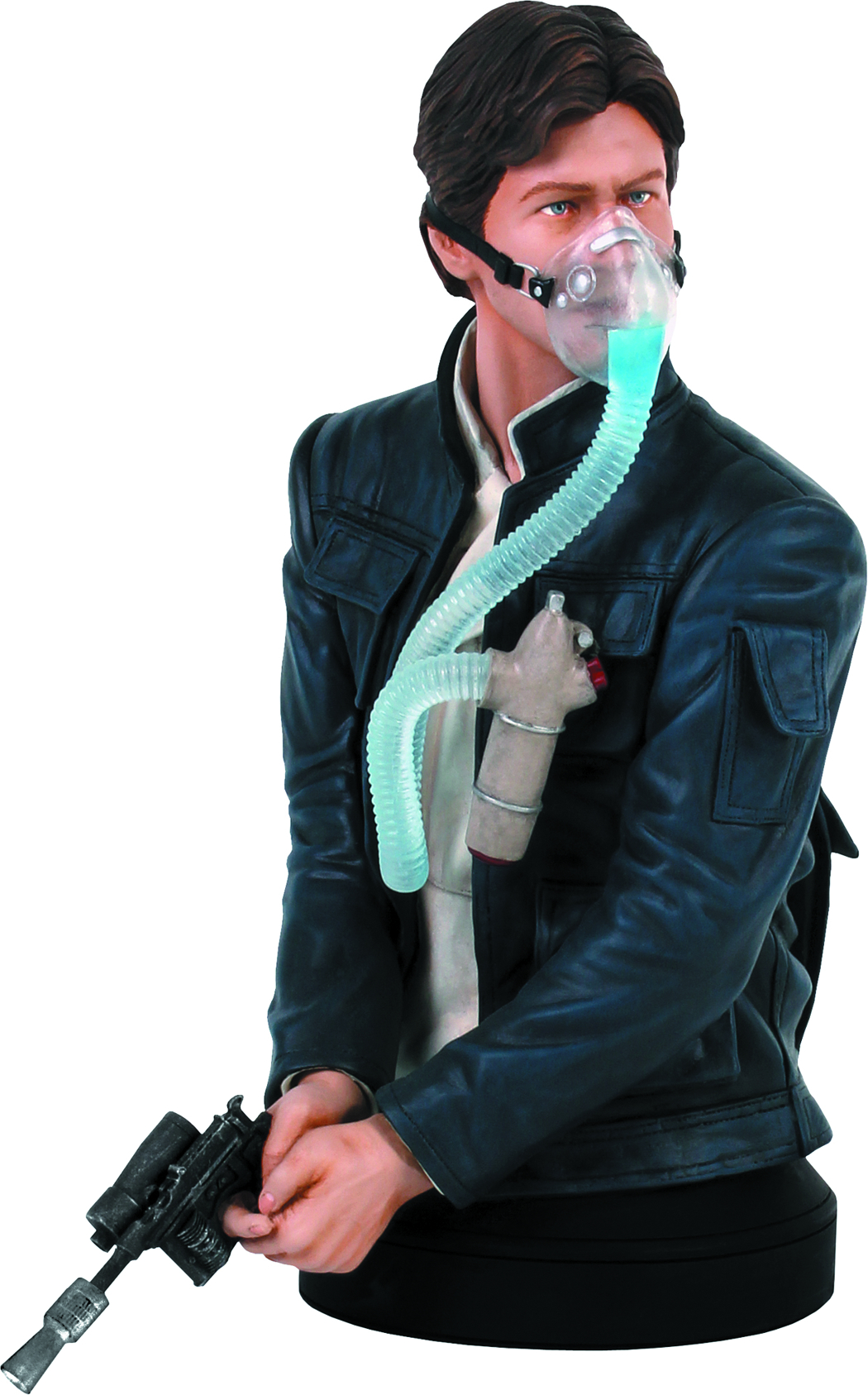 JUN128300
A Previews Exclusive! In an effort to escape the Imperial Fleet at Hoth, the daring Han Solo flew the Millenium Falcon into an asteroid field and hid inside a cave. Turns out, they weren't the only creatures inside that cave. In fact, it wasn't a cave at all! Now you can commemorate that iconic scene from The Empire Strikes Back with this mini-bust sculpted using extensive photos pulled from the Lucasfilm archives. Han Solo comes outfitted in his blue Bespin jacket, breathing apparatus and his trusty DL-44 heavy Blaster pistol. Cast in durable materials and hand-painted by a team of skilled artisans, it includes a Certificate of Authenticity.