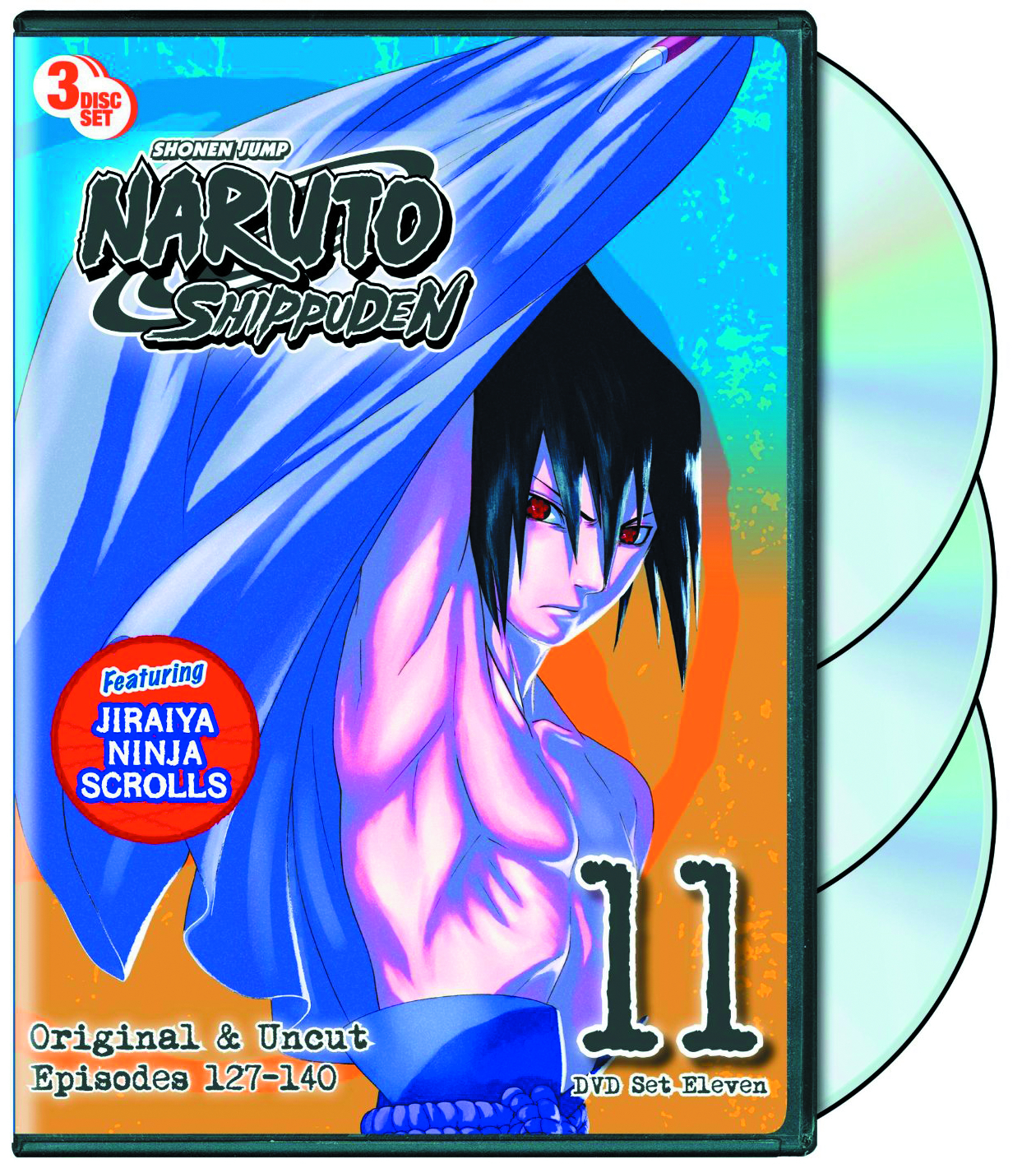 JUN122217
In two featured episodes, "Tales of a Gutsy Ninja: Jiraiya Ninja Scrolls," go back in time to witness how the young Jiraiya meets his destiny at Mount Myoboku and trains to become the Toad Sage! Back in the present, Jiraiya successfully infiltrates the Hidden Rain Village and finds the hideout of the Akatsuki's Pain. But will he be as successful in discovering the secret behind the multiple Pains? Meanwhile, Sasuke heads for the Uchiha hideout, where his brother, Itachi, awaits. The amazing visual prowess of the Uchiha come into full play as the fateful battle begins!