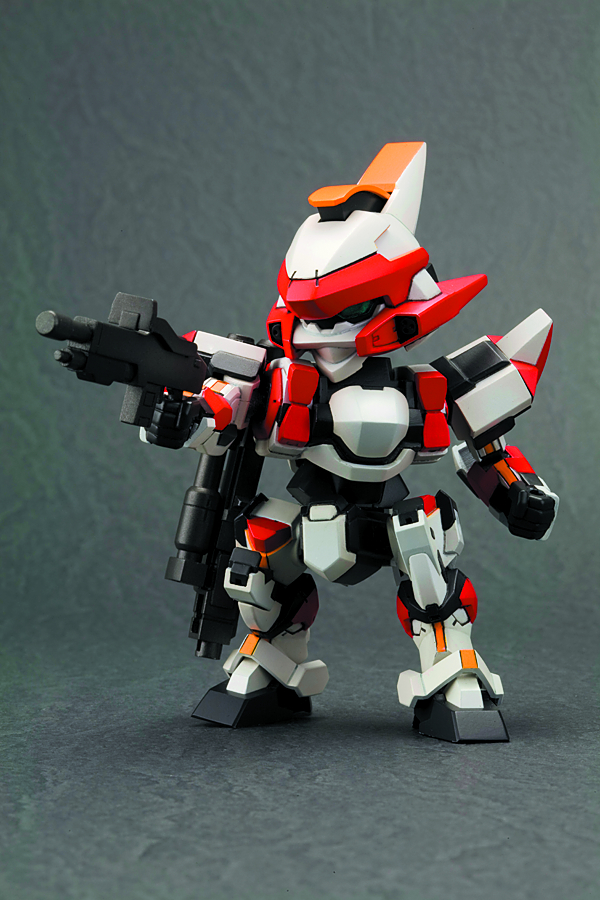 JUN121936
A KOTOBUKIYA Japanese import! From the classic anime series Full Metal Panic! comes the next awesome D-Style robot.  Following up on the ARX-7 Arbalest is the next evolution in the ARX series specifically designed for Sergeant Sousuke's fighting style, the ARX-8 LAEVATEIN!  Built with direct combat in mind and equipped with an upgraded power plant, enhanced musculature, and heightened mobility, the Laevatein was cool as a full-size robot and looks even better in the super-deformed D-Style.  The miniaturized model kit captures the look of the original mecha with stunning detail in a cute little package.  With 70 pre-painted parts and easy snap-fit assembly, no glue or paint is necessary!  The ARX-8 comes in its iconic white and red paint scheme and is armed with various weapons and accessories including its flaming "hair!"  The Laevatein stands 3 inches tall.  Cute and compact, the ARX-8 looks great on its own or displayed alongside the ARX-7 Arbalest.