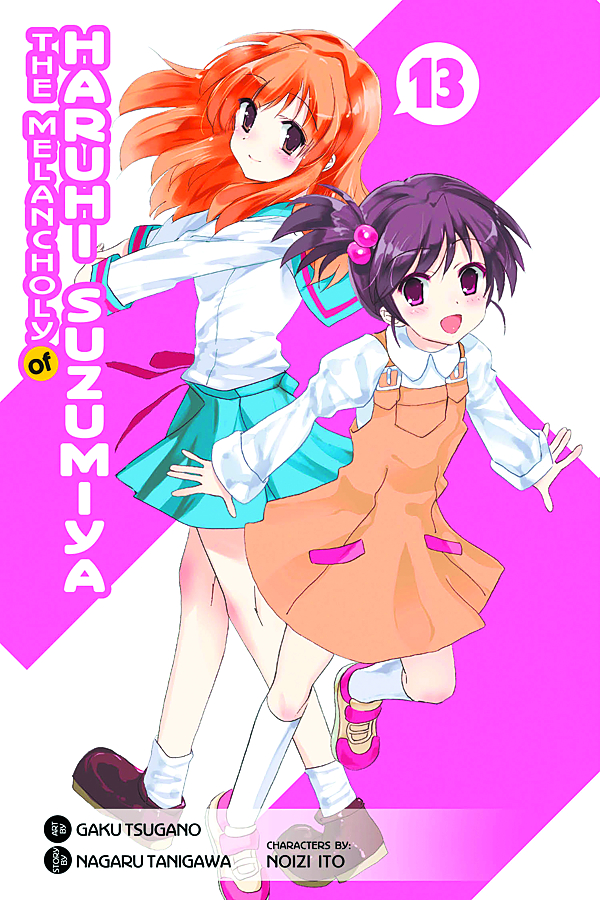 JUN121360
(W) Nagaru Tanigawa (A) Gaku Tsugano (CA) Noizi Ito
With the threat of disbandment hanging over their heads, the SOS Brigade, after months of squatting in the Literature Club's clubroom, puts pen to paper and starts writing some literature of their own! The Brigade has exactly one week to create a literature antholology if they want to keep the Lit Club's space from being reallocated by the student council. As each member prepares his or her contribution, Supreme Editor in Chief Harhi keeps a watchful eye on her team, especially as Kyon's assigned romance story unfolds!