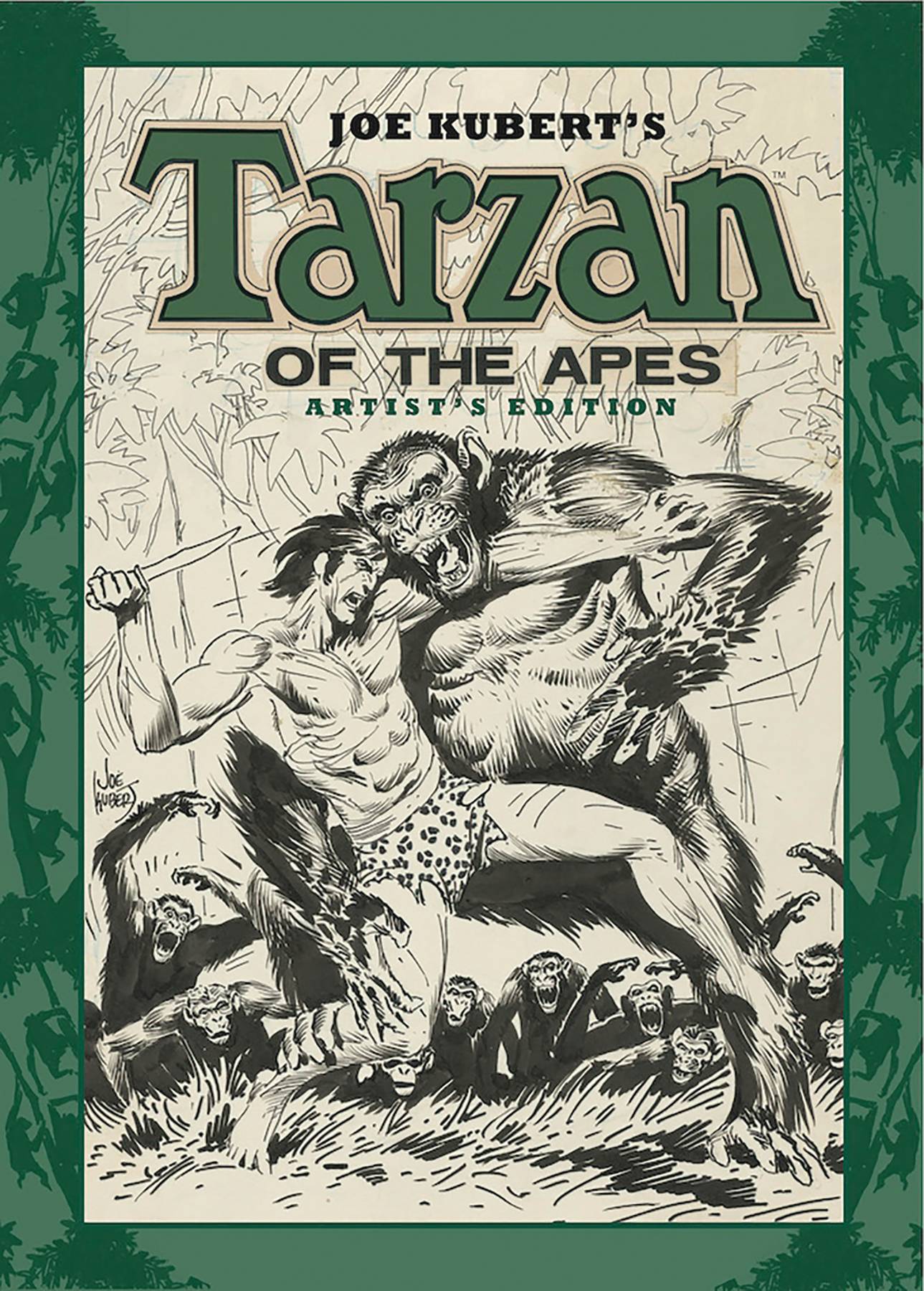 #
JUN120398
(W) Joe Kubert (A/CA) Joe Kubert
Celebrate the 100th anniversary of Edgar Rice Burroughs' most enduring creation, Tarzan of the Apes!
Joe Kubert is one of the most acclaimed comic artists ever. His career in comics began nearly 70 years ago and continues today. Throughout all those years his hallmarks have been a mastery of sequential storytelling and exceptionally fine drawing. Highlights of his career include work on Hawkman, Enemy Ace, Tor, Sgt. Rock, and the Viking Prince. But of all these exceptional artistic achievements one stands out: his remarkable adaption of ERB's Tarzan.
This Artist Edition collects six complete stories by Kubert, including the four-part classic, Tarzan of the Apes-the defining story of young Lord Greystoke being orphaned in the African jungle and adopted by the she-ape Kala, and grows to manhood to become Tarzan, lord of the jungle.
In Shops: Sep 26, 2012
SRP: PI
ORDER WISH LIST