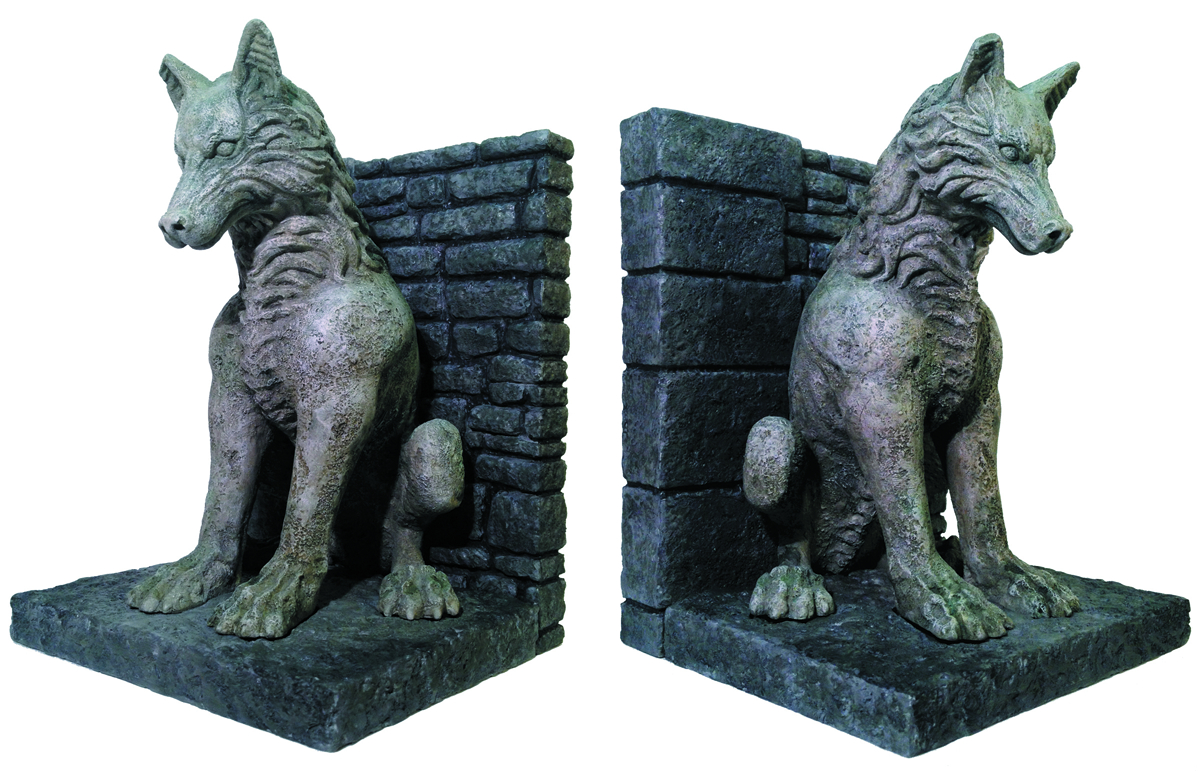 JUN120063
The Starks are an ancient house, whose ancestral castle Winterfell was built thousands of years in the past. Winterfell, is located in the center of the northern province of the Seven Kingdoms, on the Kingsroad that runs from King's Landing to the Wall. Beneath Winterfell lie the Stark family crypts, ancient final resting place of the line. The crypts are guarded by carved dire wolves, an unusually large and intelligent species of wolf represented the family's house sigil.

We have worked with the production team of Game of Thrones, facilitated by HBO Licensing, to reference the actual prop from the series as the basis for a sculptural set of polystone bookends.