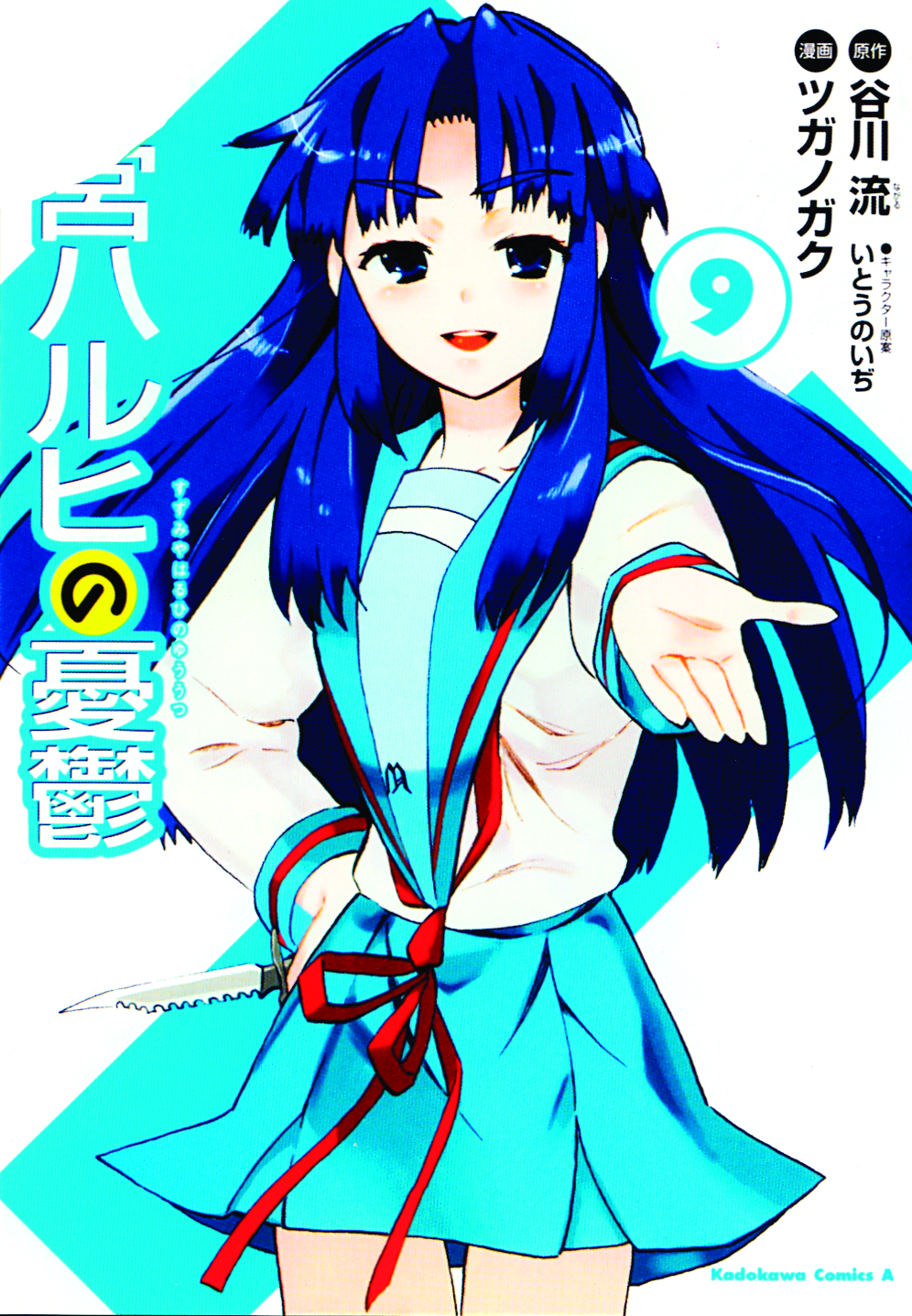 JUN111299
(W) Noizi Ito, Nagaru Tanigawa (A/CA) Gaku Tsugano
(W) Nagaru Tanigawa, Noizi Ito (A) Gaku Tsugano
Following the clues in the clubroom, Kyon travels back in time to a familiar place, the same destination he and Asahina visited on last summer's time travel excursion! Kyon again meets with the elder Asahina, but she has no idea what's caused the future to go awry - erm, to go normal. Stoic Nagato is not surprised to find future Kyon at her door and prepares a program that will repair the rift. But the decision as to whether or not to adminster it lies with Kyon!