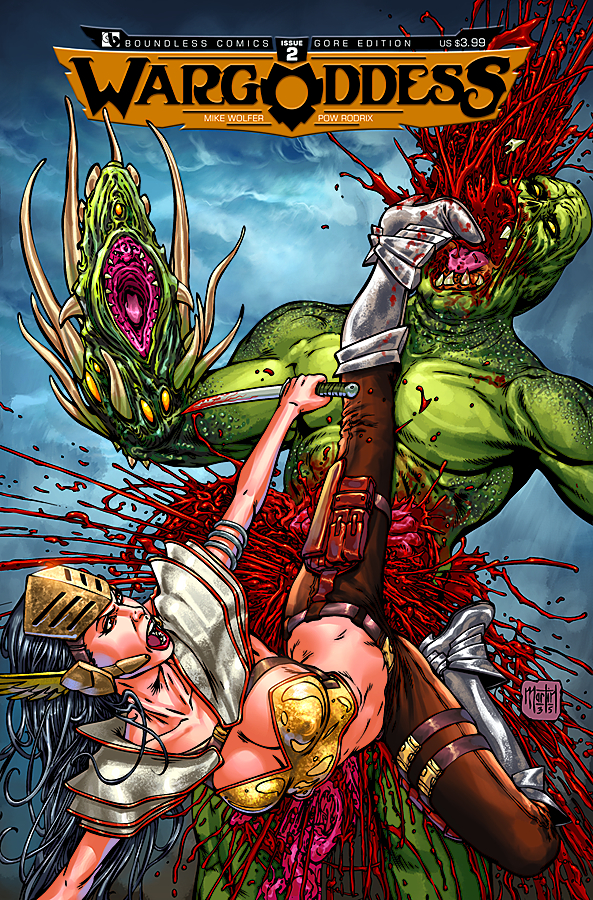 Boundless unleashes our second on-going monthly series, written by Mike (Lady Death) Wolfer and featuring a whole new World that is populated by re-imagined versions of some of the most popular indy characters!    An unprecedented scientific disaster has created Hell on Earth, and Pandora finds that in one fell swoop, her unrealistic dream of a quick victory over Hellina has been dashed. Possessed by the Hell-spawned demon from another dimension, Pandora's hesitant ally, Widow, is now in the clutches of Hellina, but the intentions of the dark intruders into our reality remains a mystery. The only hope in reversing the possession and saving both Widow and the innocent Sandra who has been transformed into Hellina lies in the hands of the Louisiana swamp witch, Anathema. But before Pandora can enlist the aid of her one-time friend, she'll have to face a horror lurking under the fetid, bayou waters...  This epic saga is written by Mike (Lady Death) Wolfer  and featured the art of Pow (Justice League) Rodrix wrapped in a stunning new cover by Matt Martin!  Available with a Regular or Gore cover by Matt Martin, as well as a Wraparound and a special Art Nouveau Retailer Order Incentive by painter Michael Dipascale!