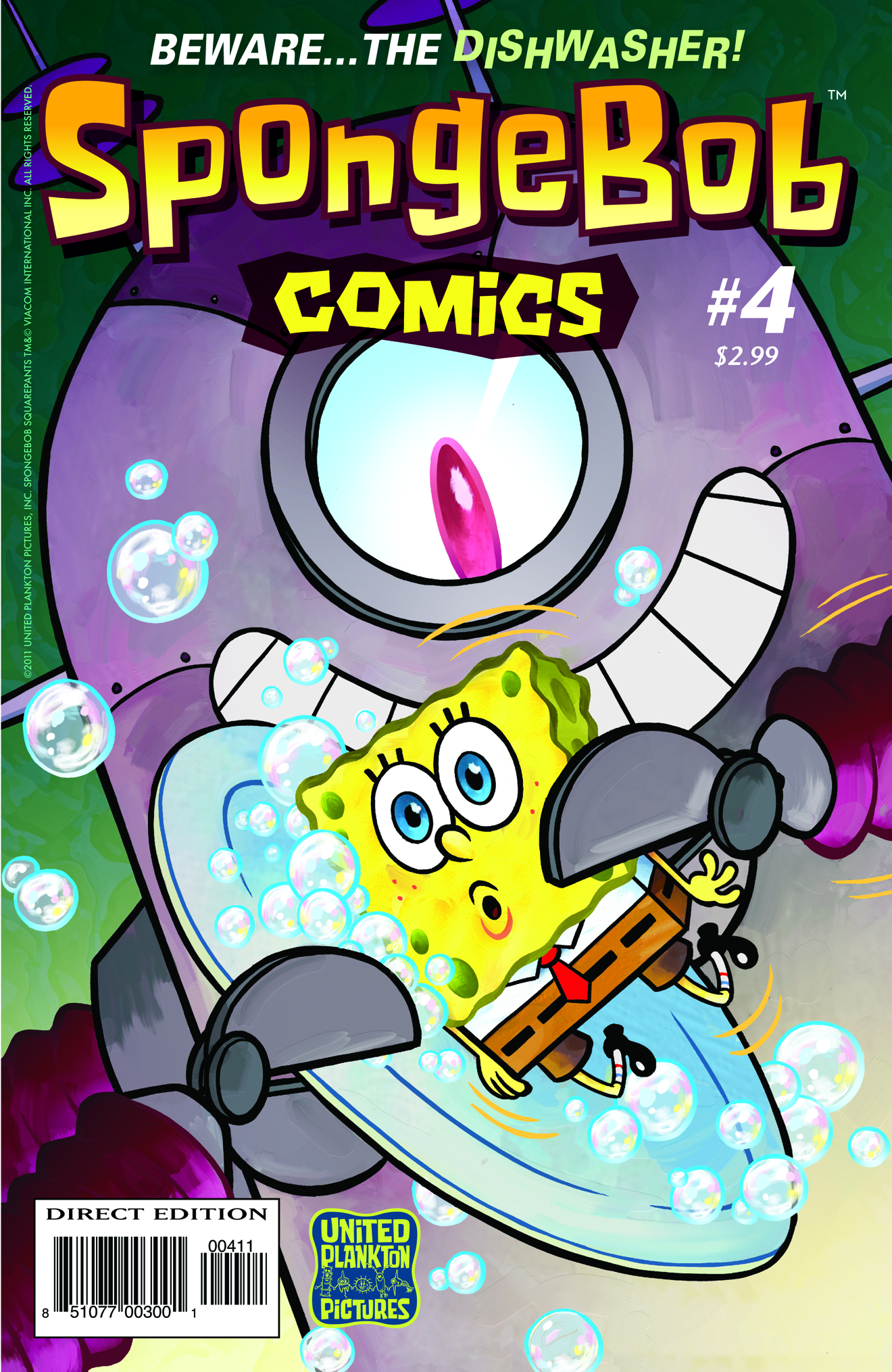 JUN110926
(W) James Kochalka, R. Sikoryak, Various (A/CA) James Kochalka, R. Sikoryak, Various
(W/A) Various
SpongeBob's job at the Krusty Krab is jeopardized by a multi-purpose robot - but is there more to it than meets the (single, cyclopean) eye? Also: SpongeBob and Patrick do a simple favor for Sandy, which of course leads to disaster, woe, and rappelling. Plus, Plankton's family tree is revealed. All this, plus short bursts of brilliant SpongeComics by indie darlings Stephen DeStefano, Sam Henderson, James Kochalka, Dave Roman, and Joey Weiser.