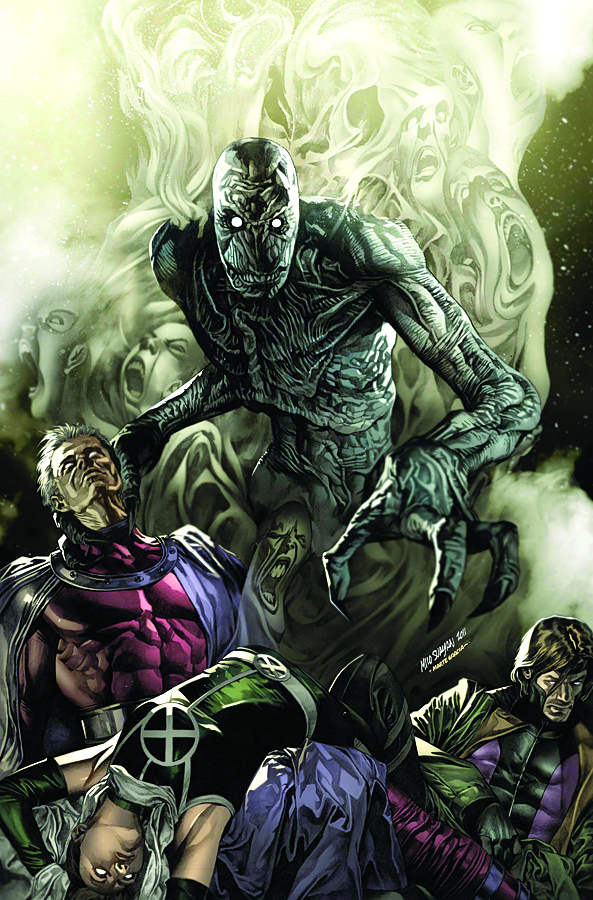 JUN110690
(W) Mike Carey (A) Khoi Pham (CA) Mico Suayan
Written by MIKE CAREY
Penciled by KHOI PHAM
Cover by MICO SUAYAN
"LOST LEGIONS" Conclusion!
Not only have the X-Men escaped the AGE OF X, but so have some of the most dangerous monsters lurking in Legion's psyche! And one of them in particular is determined to retain his freedom. His power? Sucking the life out of his victims. The X-Men have never before encountered a foe like this...and at this issue's close, Rogue will find her team a member or two short...
32 PGS./Rated T+ ...$2.99