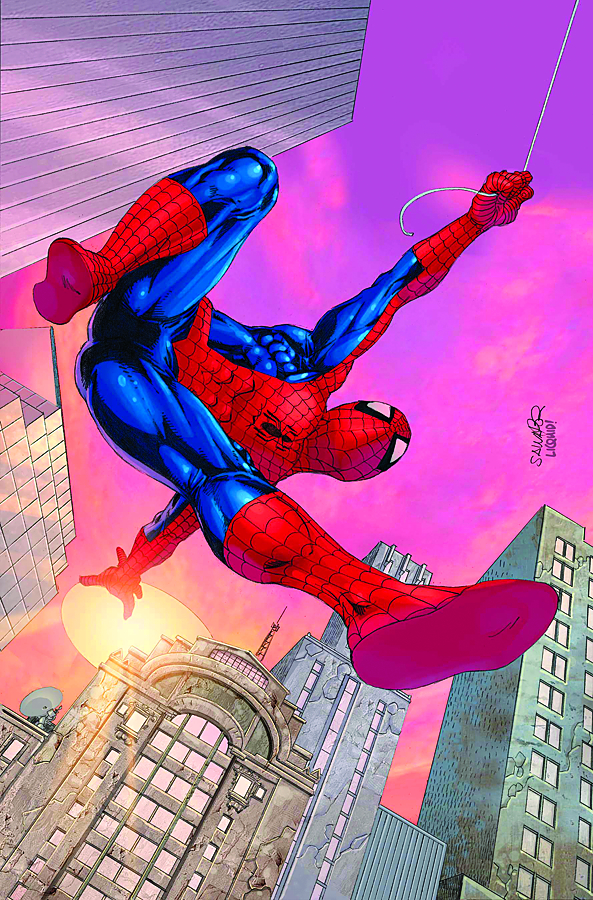 JUN110669
(W) Various (A) Various (CA) Salvador Larroca
Written by VARIOUS
Penciled by VARIOUS
Cover by SALVADOR LARROCA
This month: The SUPER STARS spotlight shines on the Amazing Spider-Man as the web-slinger and the rest of the Marvel Universe's greatest heroes, along with Dr. Doom and team of villains, are transported to a strange world by the powerful Beyonder where they are forced to do battle in the Secret Wars! And as Spider-Man wages war on the Torino crime family, Peter's classmate Gwen Stacy does some investigative journalism and tries to find out what makes Spider-Man tick. Plus: See how Captain America became the Fighting Avenger he is today on the battlefields of Europe during World War II. And Lockjaw and the Pet Avengers reunite and embark on an epic quest to find their missing partner, Frog Thor! Collecting SPIDER-MAN & THE SECRET WARS #2, LOCKJAW AND THE PET AVENGERS UNLEASHED #2, MARVEL ADVENTURES SPIDER-MAN #1 and material from CAPTAIN AMERICA: FIGHTING AVENGER.
96 PGS./Rated A ...$7.99