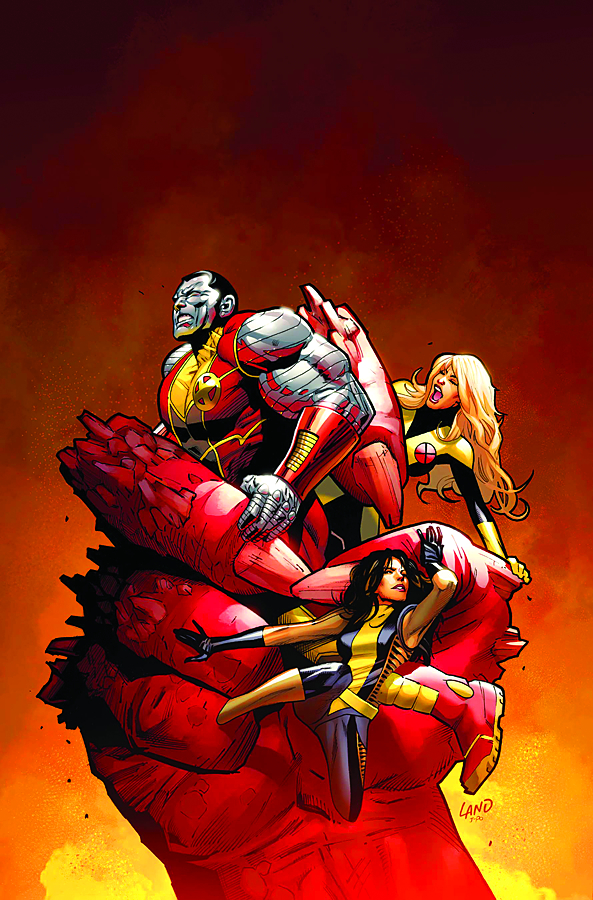 JUN110606
(W) Kieron Gillen (A/CA) Greg Land
Written by KIERON GILLEN
Pencils & Cover by GREG LAND
FEAR ITSELF TIE-IN
The situation is becoming increasingly clear: there is literally nothing which can avert Juggernaut is marching step by step towards Utopia. However, an offer by the Serpent's servant puts human and mutant at each others' throats. In the third part of the epic Fear Itself confrontation, the enemy within is as big a threat as the enemy without. The clock is ticking. And for one X-Man, it's already too late.
32 PGS./Rated T+ ...$3.99