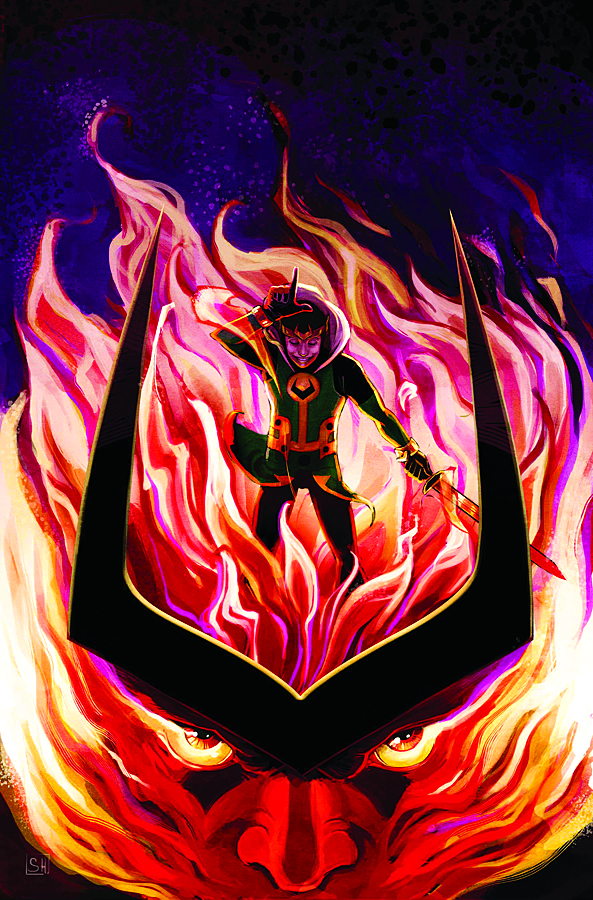 JUN110588
(W) Kieron Gillen (A) Doug Braithwaite (CA) Stephanie Hans
Written by KIERON GILLEN
Penciled by DOUG BRAITHWAITE
Cover by STEPHANIE HANS
FEAR ITSELF TIE-IN
Loki has assembled his team for his secret mission in the shadow of FEAR ITSELF. Now, he just needs his equipment. Is there anyone Loki won't won't turn to get the power he needs? SPOILERS: No, probably not. The question has to be whether the young boy has the guile to survive turning to them, and whether the promises he makes to secure the chance of a tomorrow will only ensure that the tomorrow will see Asgard as black as a cinder.
32 PGS./Rated T+ ...$2.99