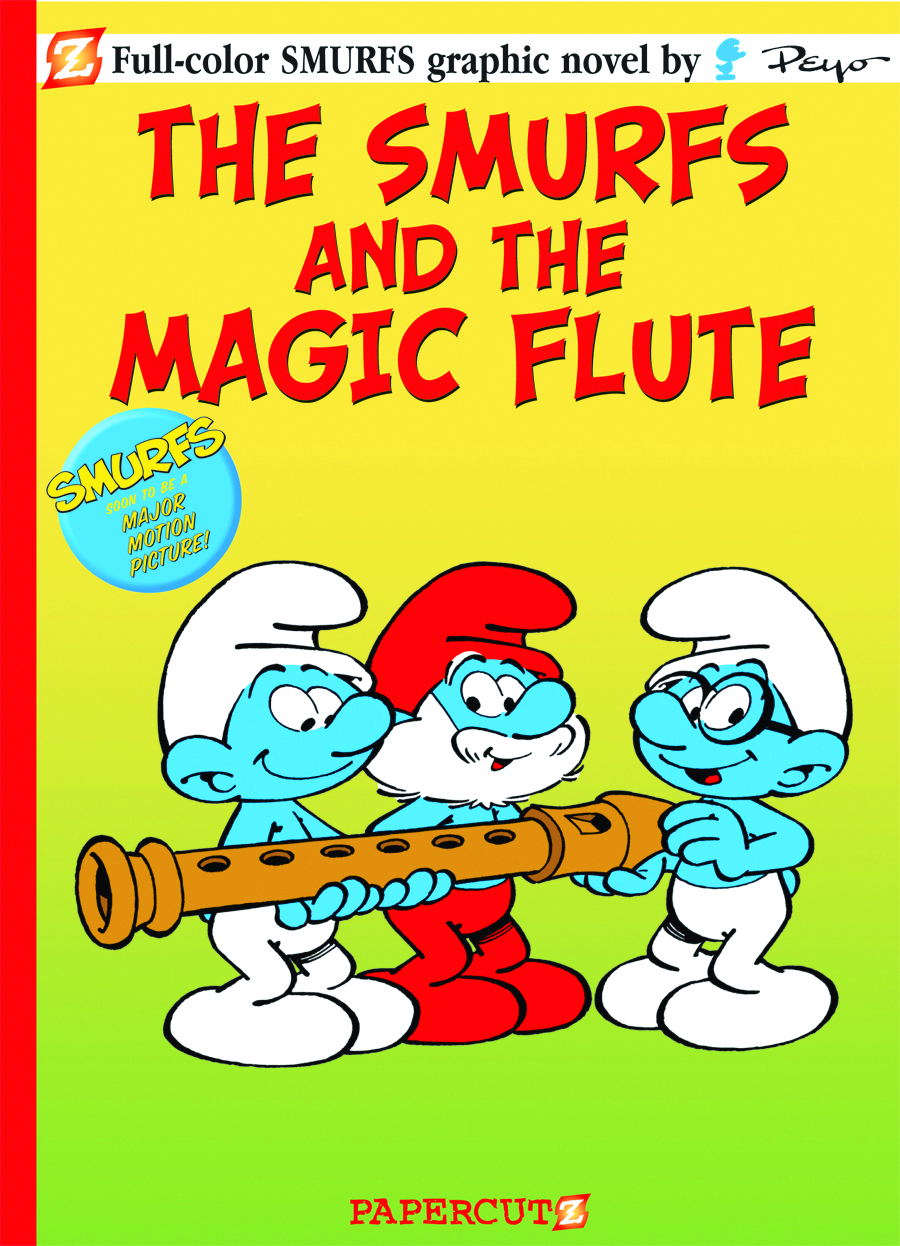 JUN101068
(W) Yvan Delporte (A/CA) Yvan Delporte
This graphic novel presents the first comics story in which the Smurfs ever appeared! In Medieval times, a court jester named Peewit, who lives in a king's castle, discovers a flute that makes those who listen to it dance until they collapse from exhaustion. When a thief steals the flute, Peewit must search out the makers of the flute, the Smurfs, to make an even more powerful flute to combat the thief in this wildly funny tale. Available in Softcover and Hardcover editions.
In Shops: Aug 25, 2010
SRP: $5.99
View All Items In This Series