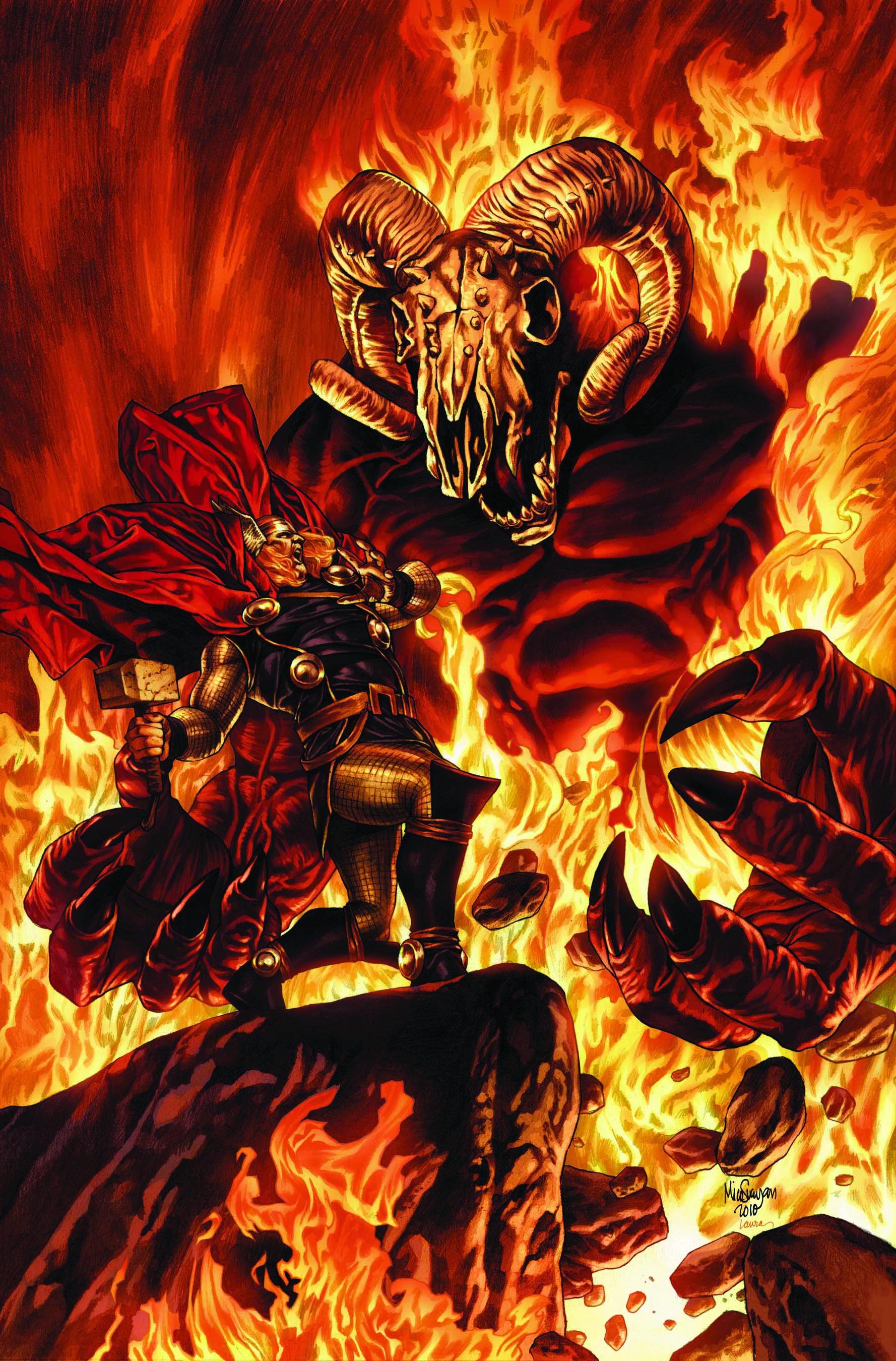 JUN100614
(W) Kieron Gillen (A) Richard Elson (CA) Mico Suayan
Written by KIERON GILLEN
Art by RICH ELSON
Cover by MICO SUAYAN
Issue #614 Women of Marvel Frame Variant by TBA
THOR IN HELL!
It's the poisonous fruit of Loki's trickery during the Siege, as the God of Thunder battles demons and monsters to cross from  one side of the desolate dimension to the other! At stake...his life and the fate of all Asgardians!
32 PGS.(each)/Rated T+ ...$3.99 (each)