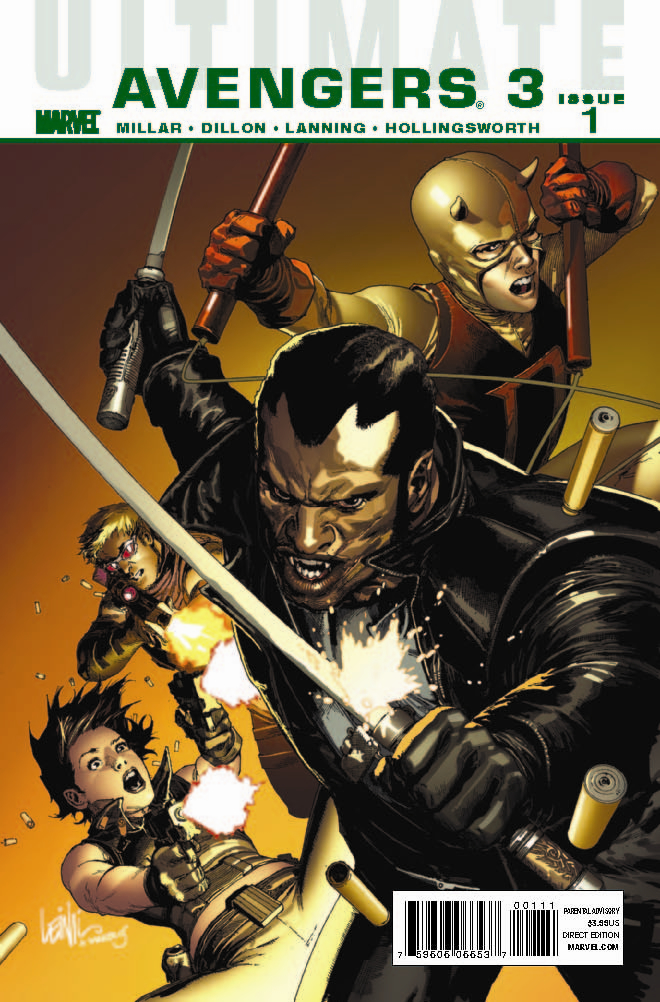 JUN100533
(W) Mark Millar (A) Steve Dillon (CA) Leinil Francis Yu
Written by MARK MILLAR
Pencils by STEVE DILLON
Cover by LEINIL FRANCIS YU
Villain Variant by GREG LAND
Foilogram Variant by LEINIL FRANCIS YU
Blade is back in a bad way and that can only mean one thing: vampires are afoot! Somebody is leaving behind a bloody trail of bite marks and Blade's stake-ready to take them on.  Could the mysterious figure donned in an iron suit have something to do with it? And who exactly is the new figure leaping around down in a devil costume?  As the Avengers get deeper into black ops, there's no telling who'll be thirsting for blood and who'll be next on the menu!  Bite into the next exhilarating series of ULTIMATE COMICS AVENGERS by superstar creators MARK MILLAR (CIVIL WAR, KICK-ASS) and STEVE DILLON (PUNISHERMAX)!
32 PGS./Parental Advisory ...$3.99