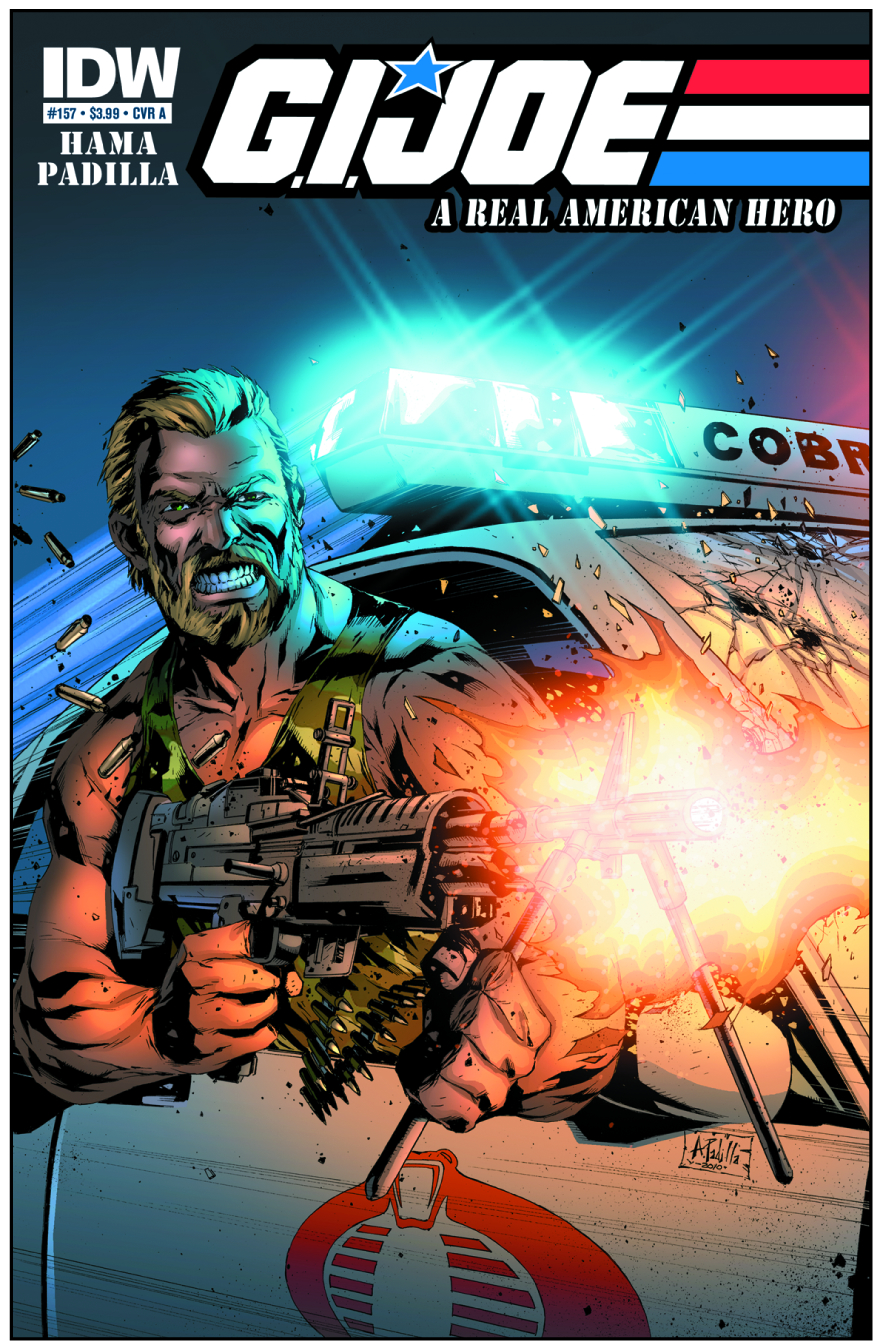 JUN100329
(W) Larry Hama (CA) Rod Whigham (A/CA) Agustin Padilla
Relentless Cobra hit teams go after the disbanded and outlawed G.I. Joe team. The beleaguered Joes converge on their pre-set rallying point, determined to launch an organized counter-attack and bring the fight back to Cobra. Meanwhile, cohesion within Cobra ranks begins to deteriorate as Dr. Venom returns from the dead!
In Shops: Aug 04, 2010
SRP: $3.99
View All Items In This Series