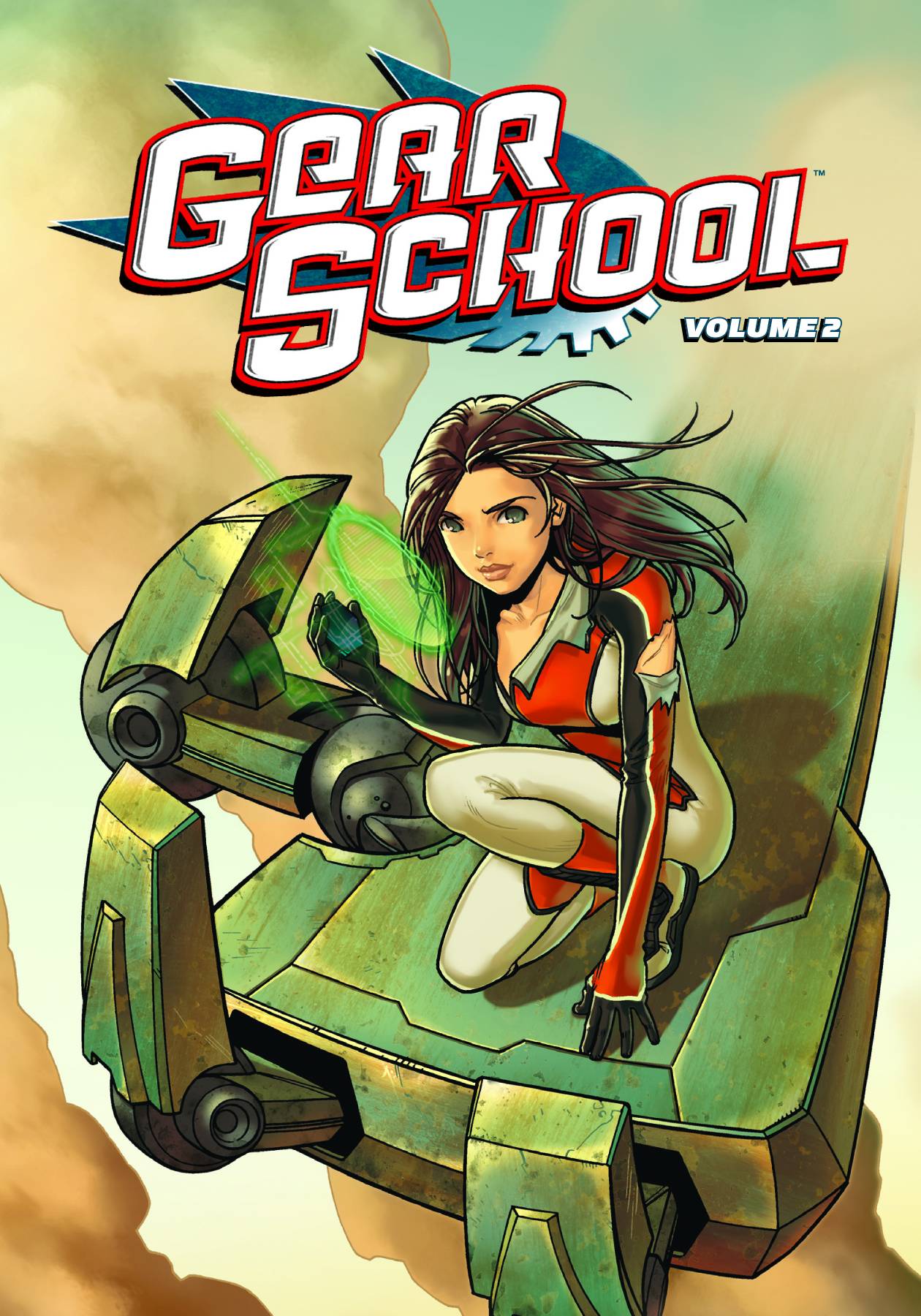 #
JUN100026
(W) Adam Gallardo (A/CA) Nuria Peris
In the far future, humanity is caught in an endless war against an alien menace. The struggle is dominated by giant war machines called Gear. Only the best and the brightest are allowed to drive these war machines. The process of elimination begins in junior high.

Teresa Gottlieb is a thirteen-year-old freshman at the most prestigious military academy in the world. A little while ago she saved the school from an alien attack, but at Gear School "a little while ago" is ancient history. Her status as savior of the school isn't cutting her any slack with her teachers, her classmates, or the clique that runs the school.

Now Teresa finds herself caught up in an adventure that has more at stake than the future of the school or even the fate of the planet. It could jeopardize her budding first love!