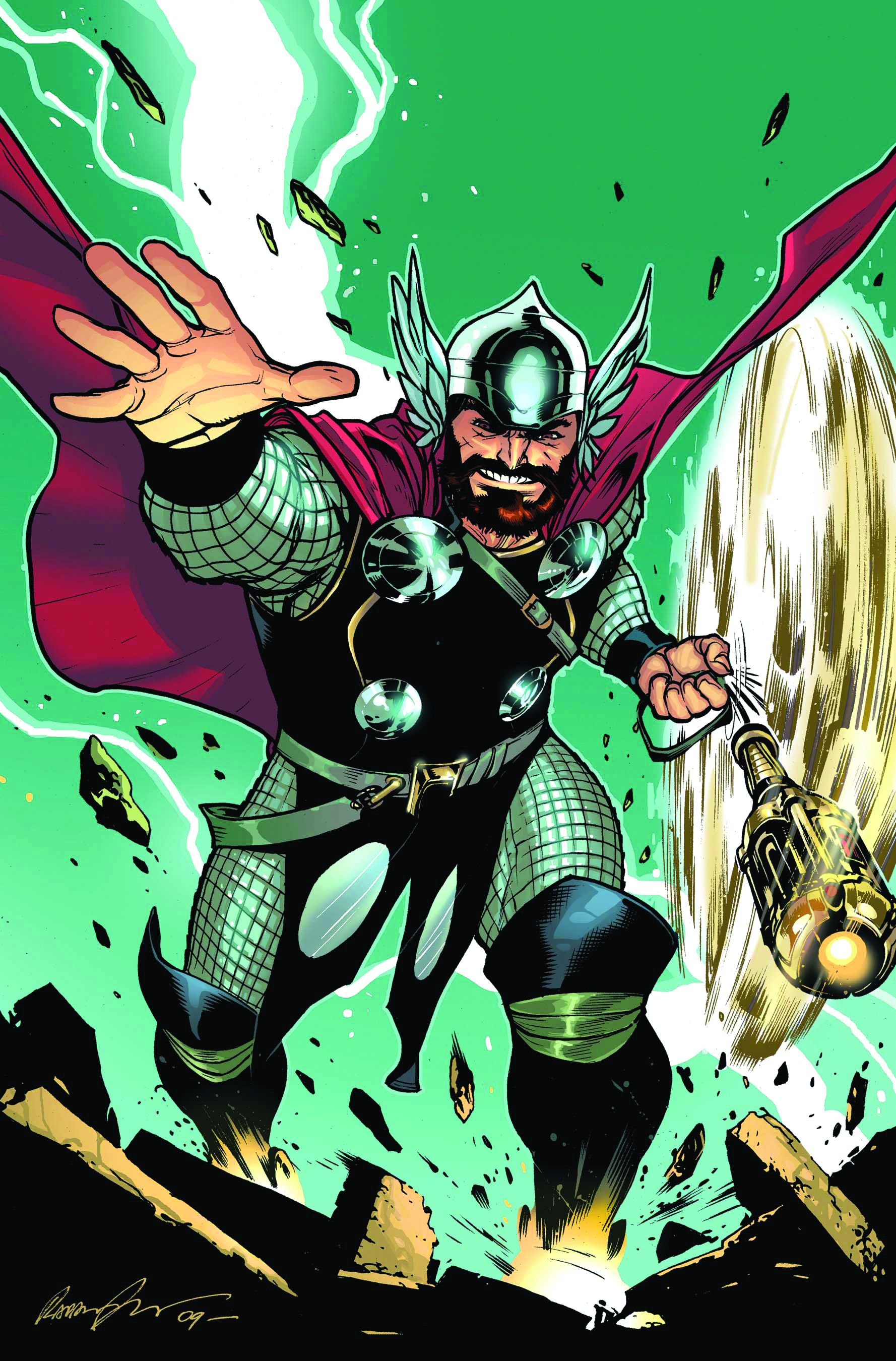 JUN090539
(W) Greg Pak (A) Rodney Buchemi (CA) Rafael Albuquerque
Written by GREG PAK & FRED VAN LENTE
Penciled by REILLY BROWN (#132) & RODNEY BUCHEMI (#133)
Covers by RAFAEL ALBUQUERQUE
Incredible Hercules #132 70th Anniversary Variant by MARKO DJURDJEVIC
Incredible Hercules #133 70th Frame Variant by SALVA ESPIN
Beginning a storyarc so earth-shattering, so momentous, so, well, incredible, we just had to give it to you TWICE A MONTH! (Well, for the three months, anyway). When terrible threats rise in Svartalfheim, the land of the Dark Elves, only Mighty Thor, Son of Asgard, can hope to triumph!  But what happens if the Odinson is temporarily...unavailable?  It's Hammer Time for Hercules as the Lion of Olympus gets his thunder on! Meanwhile, in Incredible Hercules 133, the Secret Origin of AMADEUS CHO begins! Who really killed Amadeus' family? What is his true relation to Hercules? And, most importantly, what is the connection between him and The Twelve's MASTER MIND EXCELLO? Everyone's favorite irascible boy genius is after the answers himself -- but to get them he's going to have to go through his arch-nemesis, PYTHAGORAS DUPREE, the sixth-smartest man on Earth!
32 PGS.(each)/Rated T+ ...$2.99 (each)