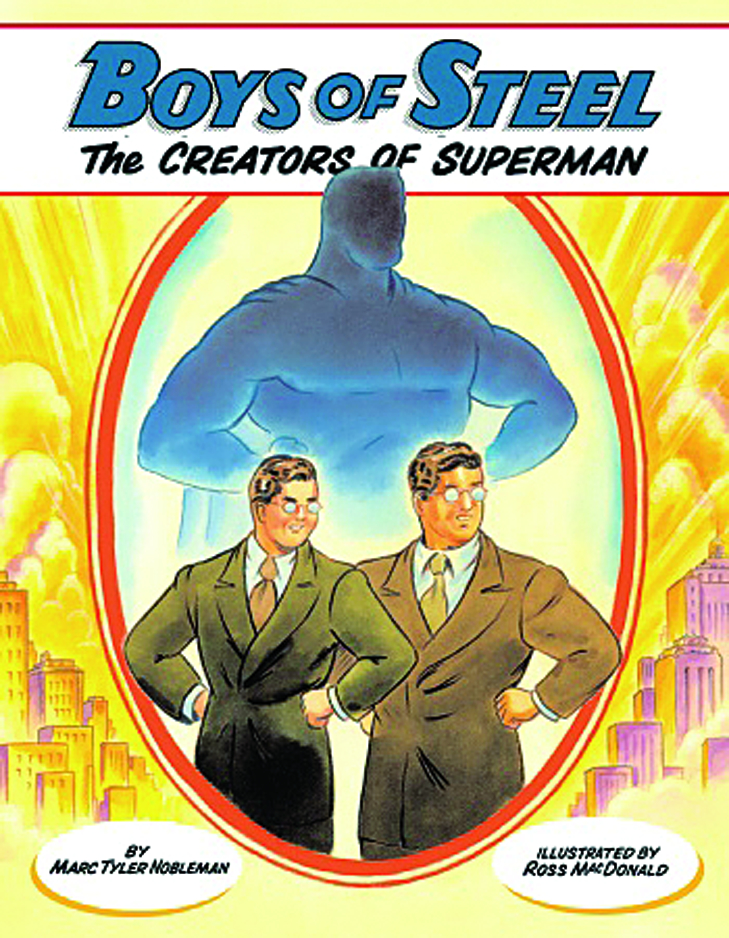 JUN084467
(W) Marc Tyler Nobleman (A/CA) Ross MacDonald
Celebrating Superman's 70th Anniversary! Jerry Siegel and Joe Shuster, two misfit teens in Depression-era Cleveland, were more like Clark Kent - meek, mild, and myopic - than his secret identity, Superman. Both boys escaped into the worlds of science fiction and pulp magazine adventure tales, and in 1934, created a superhero who was everything they were not - Superman! It was four more years before they convinced a publisher to take a chance on their Man of Steel in a new format - the comic book! Boys of Steel is the first-ever picture book about how these two unsung heroes created the first and greatest superhero of all time!