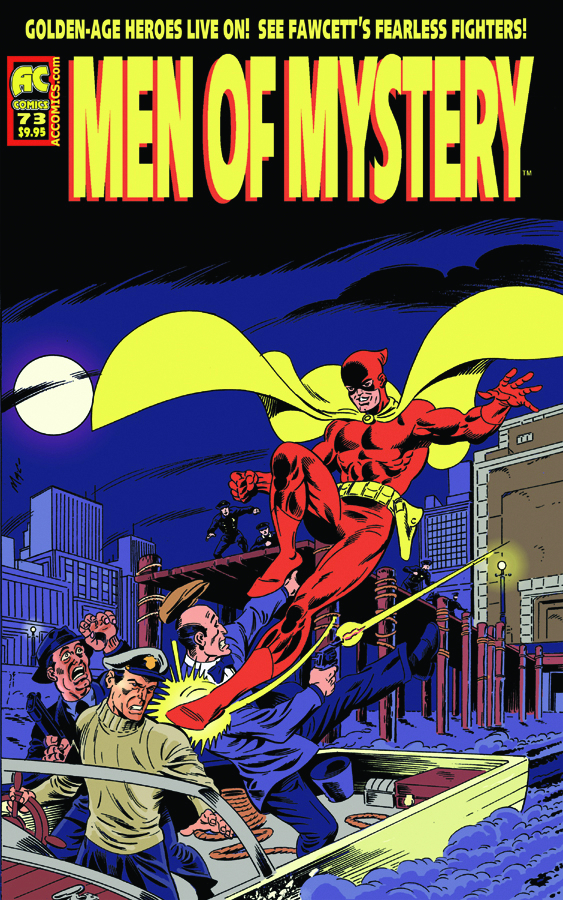 JUN083605
(W) Various (A) Carl Pfeufer, Various (CA) Mike Machlan
by Binder, Herron, Woolfolk, Pfeufer & Various
Top Golden Age publishers Fawcett and Quality are spotlighted with 7 feature-length stories, including Mr. Scarlet in "The Loot Of Christopher Murden," Commando Yank in "Death Rides A Swallow," Ibis vs."The Moon Menace," Dollman in "The Black Witch," Spy Smasher, Major Midnight, and T-Man in vintage classics all! Another line-up of all-star features from two of the most-successful publishers of the Golden Age of comics, with this issue focusing on the "heavy hitters" from Quality and Fawcett, in more than a half-dozen stories never previously reprinted, and not seen since their original publication in the 1940s.