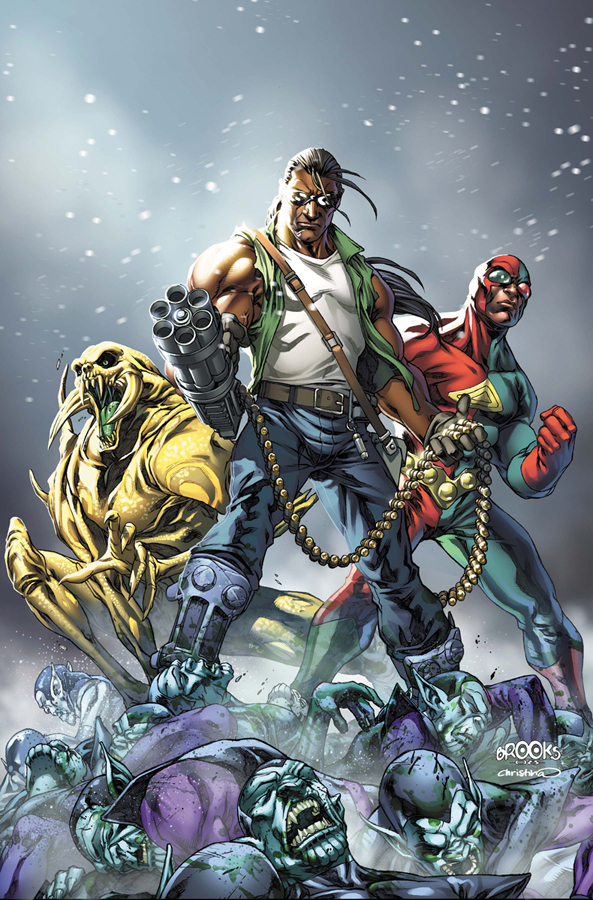 JUN082352
(W) Christos N. Gage, Dan Slott (A) Stefano Caselli (CA) Mark Brooks
Written by DAN SLOTT & CHRISTOS GAGE
Penciled by STEFANO CASELLI
Cover by MARK BROOKS
SECRET INVASION TIE-IN
For months you've heard one question over and over again: "Who do you trust?"  Well we've got your answer right here, Earth-boy: TRUST THE KILL KREW! Yeah, that's right, the SKRULL KILL KREW are back!  And they're ready to kill, maim, torture, and butcher every mother lovin' Skrull out there! Also, back at Camp Hammond, ANT-MAN is in a giant world of trouble-the biggest kind of trouble the SECRET INVASION can dish out.
32 PGS./Rated T+