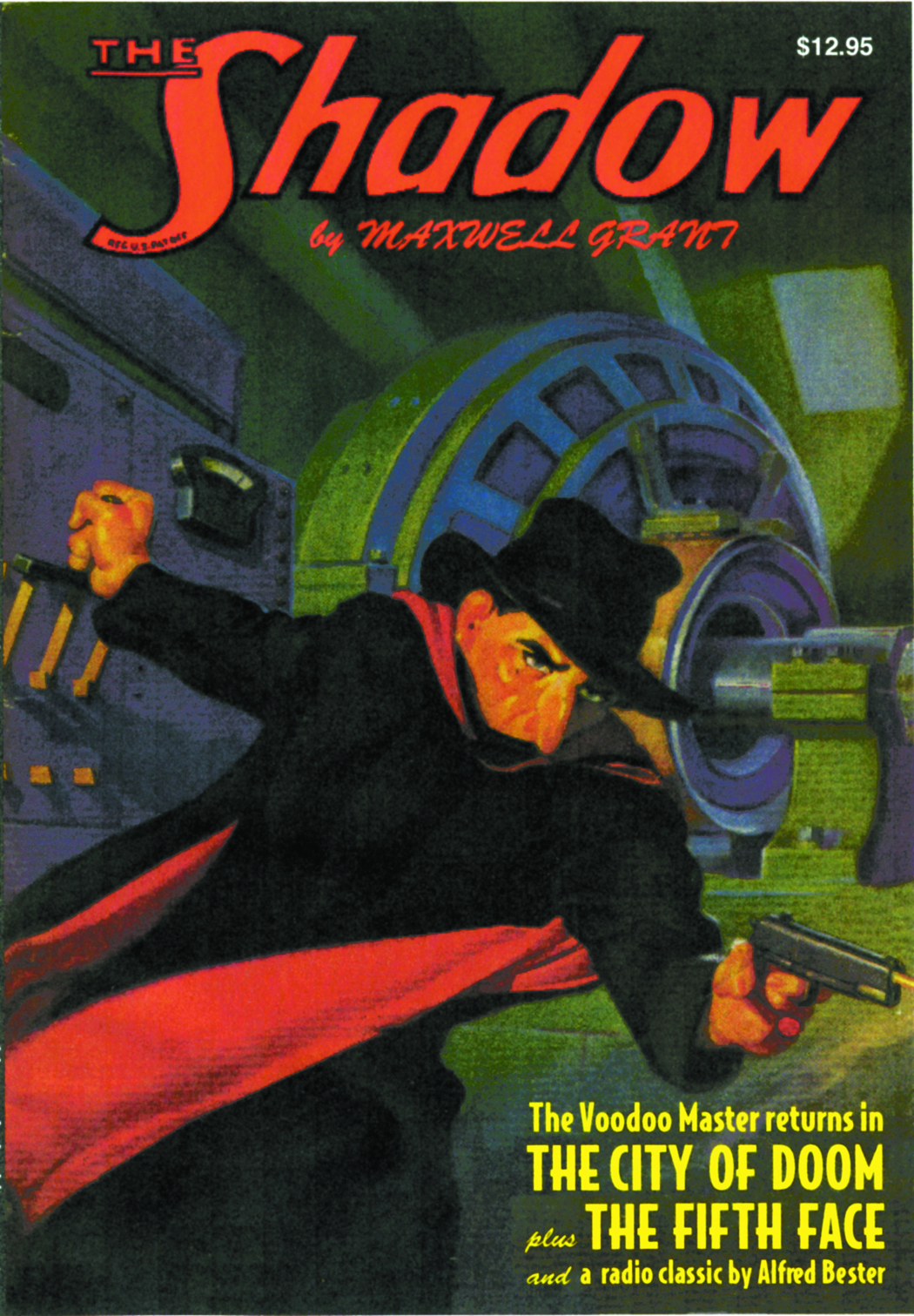 JUN074036
(W) Maxwell Grant Walter Gibson, Ted Tinsley (A) Tom Lovell
Walter Gibson's legendary super-sleuth The Shadow returns in two action-packed pulp thrillers! The Voodoo Master returns from the grave and launches a series of terrorist attacks to enslave in "The City of Doom." Then, the Dark Avenger battles the master of disguise known only as Five Face. Will "The Fifth Face" be the face of death? In a special bonus feature, The Shadow battles a million-year-old Neanderthal in a "lost" radio script by Hugo Award-winning science fiction author, Alfred Bester.