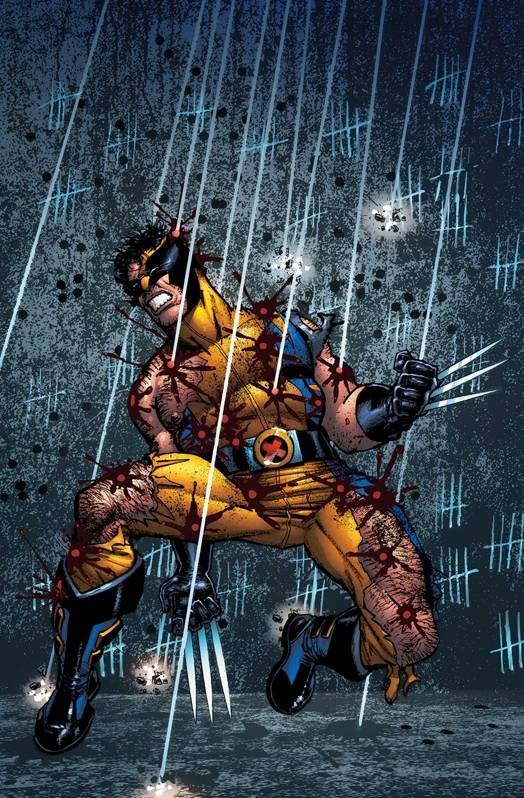 JUN072197
(W) Jason Aaron (A/CA) Howard Chaykin
Written by JASON AARON
Pencils and Cover by HOWARD CHAYKIN
Special double-sized issue! "The Man in the Pit"
Wendell Rayfield is a recently divorced, down on his luck ex-cop who's looking down the business end of 40 with no hope for the future and with demons from his past still haunting him at every turn. All he has going for him is his new job.  A job that involves a very large machine gun, a hole in the ground, a certain hirsute mutant and several thousand bullets. We all know what damage Wolverine can do with his claws, but how dangerous can he really be when all he's able to do is talk?  Wendell Rayfield is about to find out. Written by up-and-comer Jason Aaron (The Other Side, Scalped), with art by comic book legend Howard Chaykin (Blade, American Flagg!).