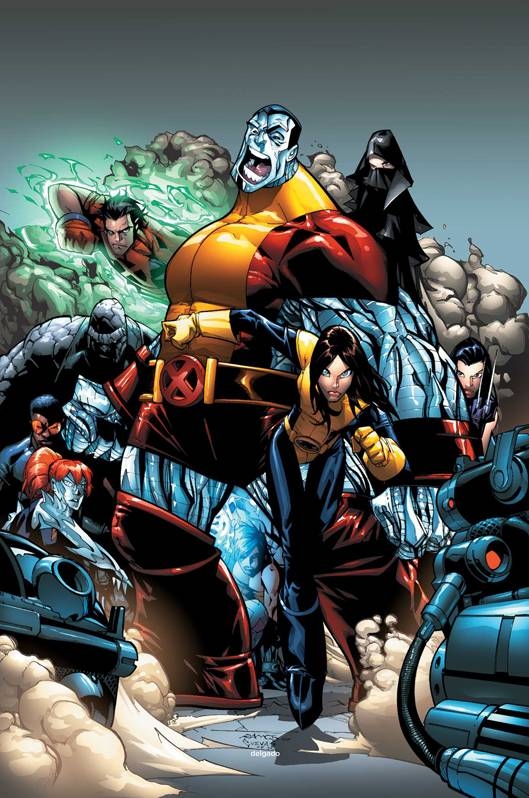 JUN072191
(W) Mike Carey (A) Carlos Lobo Cuevas (A/CA) Humberto Ramos
Written by MIKE CAREY
Pencils and Cover by HUMBERTO RAMOS
The Xavier Academy is under siege, and the full, appalling scale of the Marauders' plans is finally becoming clear.  Now Iceman and Cannonball have to stay ahead of the pursuit long enough to mount a counter-attack - and to deprive their enemies of the one precious resource that could be the key to both victory and survival. FEATURING ENDANGERED SPECIES CHAPTER 9 - Can the "Black Womb" facility answer any riddles surrounding Beast?
PRODUCT UPDATE (062707): Will be 40 pages long, not 32 as solicited.