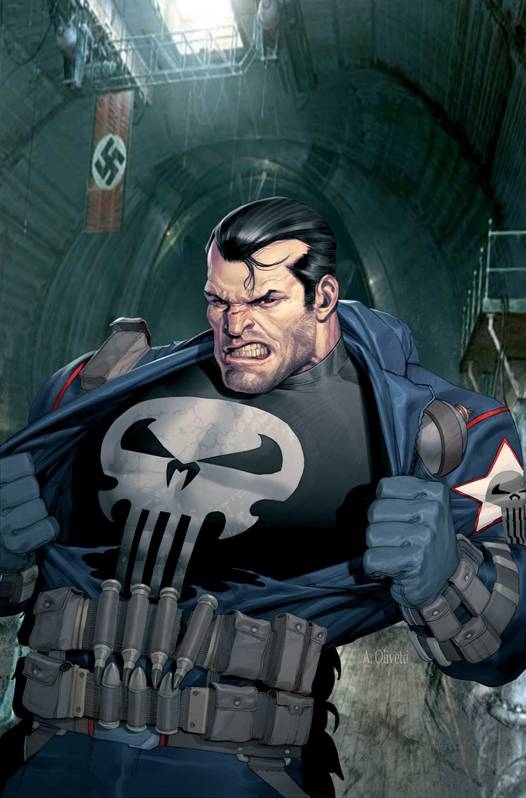 JUN072180
(W) Matt Fraction (A/CA) Ariel Olivetti
Written by MATT FRACTION
Pencils and Cover by ARIEL OLIVETTI
The Punisher's one-man crusade to stop the white-power border war kicked off by the Hate-Monger comes to a head in this, the bloody conclusion to BLOOD AND SAND. Everybody's trying to kill everybody else. Frank Castle's been beaten within an inch of his life. Hate Monger's terrible machines broadcast wave after wave of unbridled rage into the desert, making it even harder for Clarke and Bridge to trust one another. By the end of the night, it'll be all our heroes can do to aim straight... and not at each other.
This Cannot End Well.