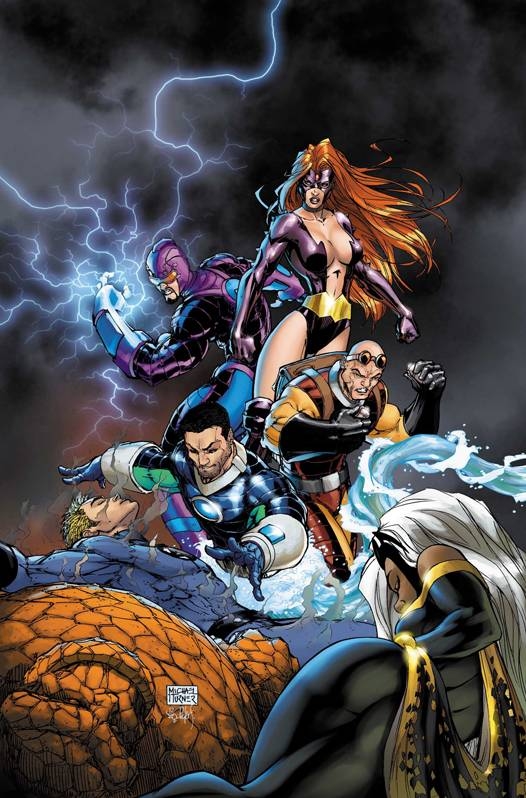 JUN072150
(W) Dwayne McDuffie (A) Paul Pelletier (CA) Michael Turner
Written by DWAYNE MCDUFFIE
Penciled by PAUL PELLETIER
Cover by MICHAEL TURNER
The Frightful Four have made a tragic miscalculation in their plans for revenge, as Reed and Sue have now returned to the FF-and that makes the odds six to four...