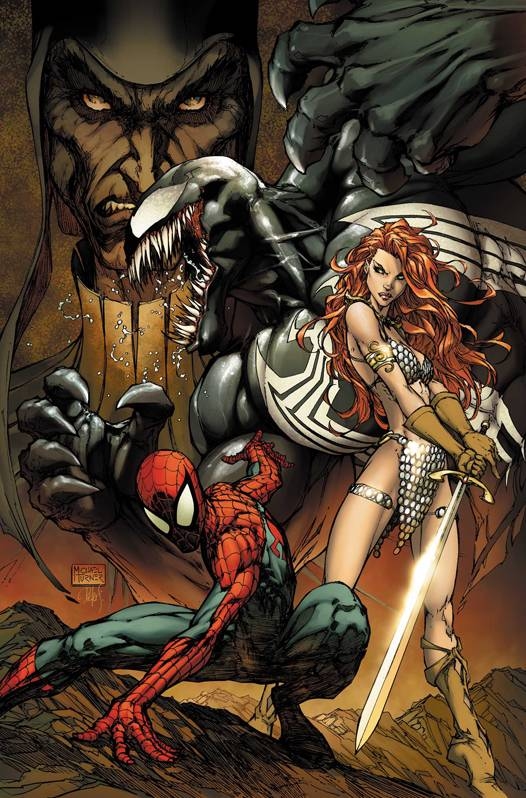 JUN072132
(W) Michael Avon Oeming (A) Mel Rubi (CA) Michael Turner
Written by MICHAEL AVON OEMING
Penciled by MEL RUBI
Cover by MICHAEL TURNER
The wise-cracking Wall-Crawler collides with the She-Devil with a Sword! Longtime Marvel readers know that these two legends have met before -- but that was just the warm-up! They may be from two different eras, but Spider-Man and Red Sonja have both faced the maniacal mage known as Kulan Gath. Now the sadistic sorcerer makes a play for power that will once again bring these two famous heroes together -- but will it be as friends or foes? Writer Michael Avon Oeming (OMEGA FLIGHT, Red Sonja) and Mel Rubi (Red Sonja) - plus series cover artist Michael Turner (CIVIL WAR) - answer the eternal question: What's better in a fight, the proportional strength and speed of a spider, or cold, hard steel and a chain-mail bikini?
PRODUCT UPDATE (072506): Now a four-issue miniseries, not a five-issue miniseries as previously solicited.