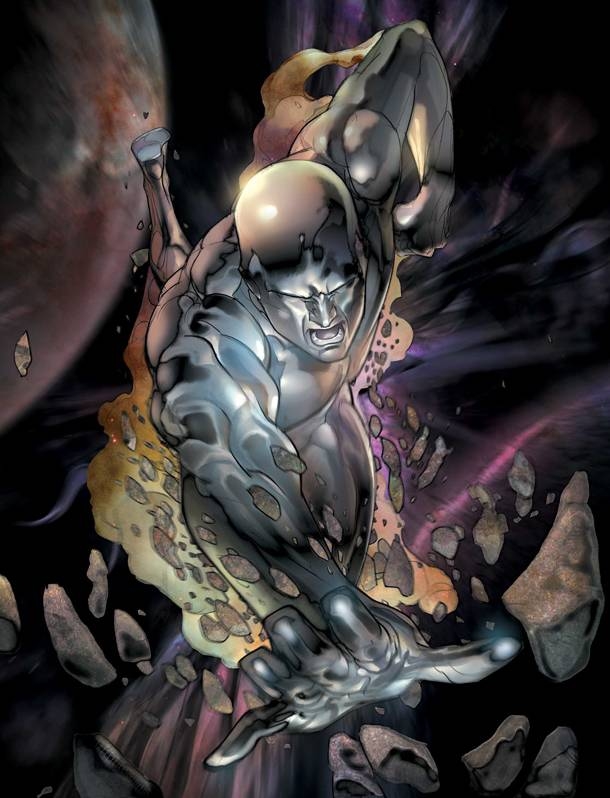 JUN072125
(W) Mike Carey (A/CA) Pasqual Ferry
Written by MIKE CAREY
Pencils and Cover by PASQUAL FERRY
"THE SILVER SURFER" Part 4 of 5
The F.F. and The Silver Surfer shrink to sub-atomic size to battle the dreaded Psycho-Man-who has taken all of Earth's population hostage. But can the fabulous foursome rely on the Surfer to guard their backs when the secrets Norrin Radd keeps hidden in his silvery breast have only begun to come out? There's more to the Ultimate Surfer than you could ever imagine!