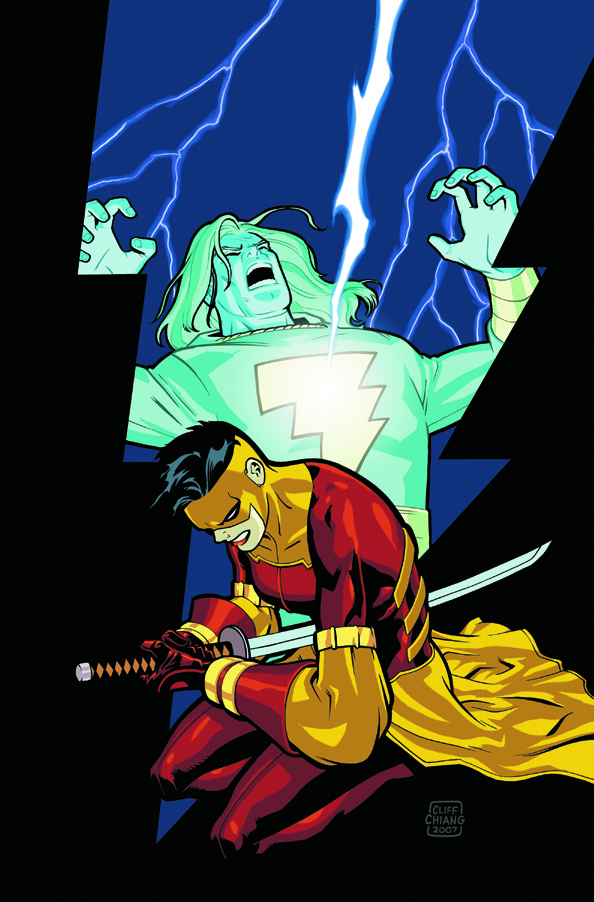 JUN070160
(W) Mike W. Barr (A) Kevin Sharpe (CA) Cliff Chiang
Written by Mike W. Barr
Art by Kevin Sharpe & Robin Riggs     Cover by Cliff Chiang
Batman's Week 2 vote! The souls of long-dead criminals roam the earth, forcing Tatsu Yamashiro to risk her own life by entering the realm to which she condemned them with her Soulsword! She'll need the help of the DCU's most powerful magical guardian - but can the power of Shazam prevail while confined to the Rock of Eternity?