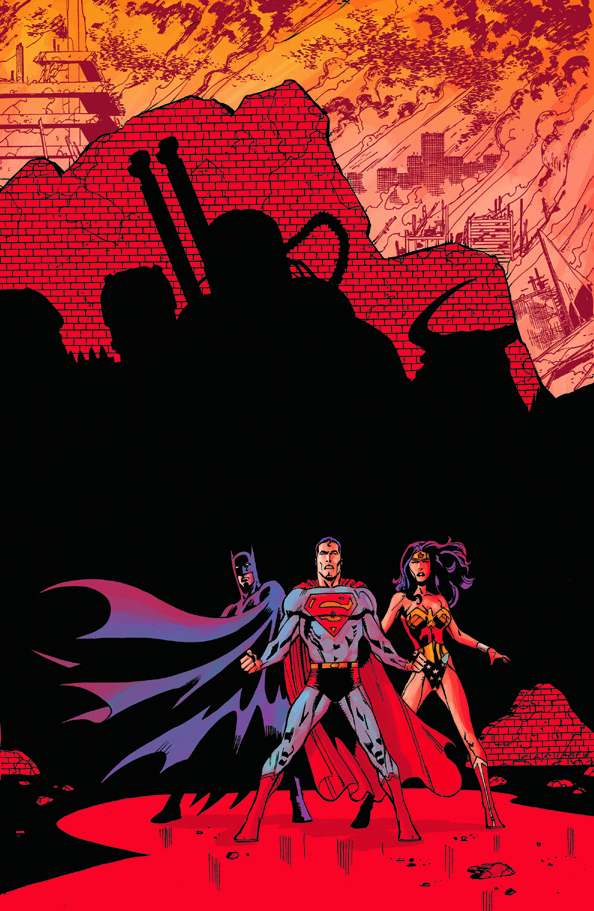 JUN070158
(W) Keith Giffen (A) Pat Olliffe (CA) Ethan Van Sciver
Written by Keith Giffen
Art by Pat Olliffe and Drew Geraci
Cover by Olliffe
"They were given power over a fourth of the earth to kill by sword, famine and plague, and by the wild beasts of the earth."
- Revelations Chapter 6
Don't miss this special one-shot issue written by 52 mastermind Keith Giffen with art by Pat Olliffe (FIRESTORM, JSA CLASSIFIED) and Drew Geraci! From the ashes of devastated Bialya they rise again in the FOUR HORSEMEN - War, Pestilence, Famine, Death - living embodiments of the Dread Ages of Apokolips. Freed from thrall to the mad geniuses who first summoned them, the Horsemen look to their own dark ambition, to remake the Earth in their image - and only the combined might of Superman, Batman, and Wonder Woman can stop them!