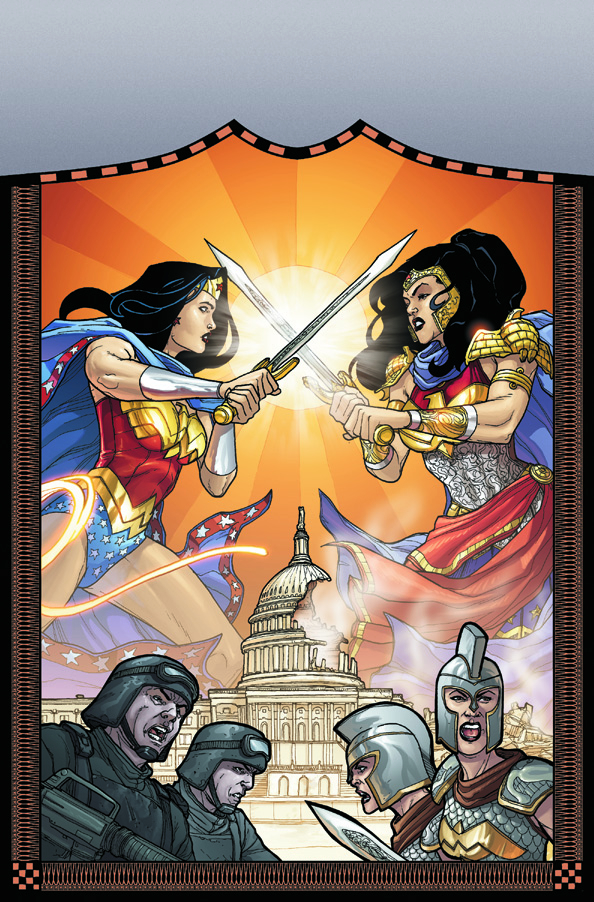 JUN070152
(W) Will Pfeifer (A) Pete Woods
Written by Will Pfeifer
Art and cover by Pete Woods
The war comes to a shocking finale as AMAZONS ATTACK ships twice in August! Alliances fall to the wayside as fractures emerge in all sides of the conflict. Catwoman goes undercover to discover why a second threat has appeared on the field of battle; the rest of the heroes face a shocking new force aligning with the Amazons; and as the fatalities pile up on the Amazon side, Hippolyta's grasp on the throne may be slipping.
And in issue #6, also shipping in August, It's all-out carnage and mayhem as all factions in the war fight the final battle! Wonder Woman takes on Hippolyta in a duel that can have only one outcome; the true reasons behind the war are discovered; and the gods make their presence known in a terrible way! Change is afoot in the DCU, and some big changes are about to happen here!
Issue #5 on sale August 15; issue #6 on sale August 29