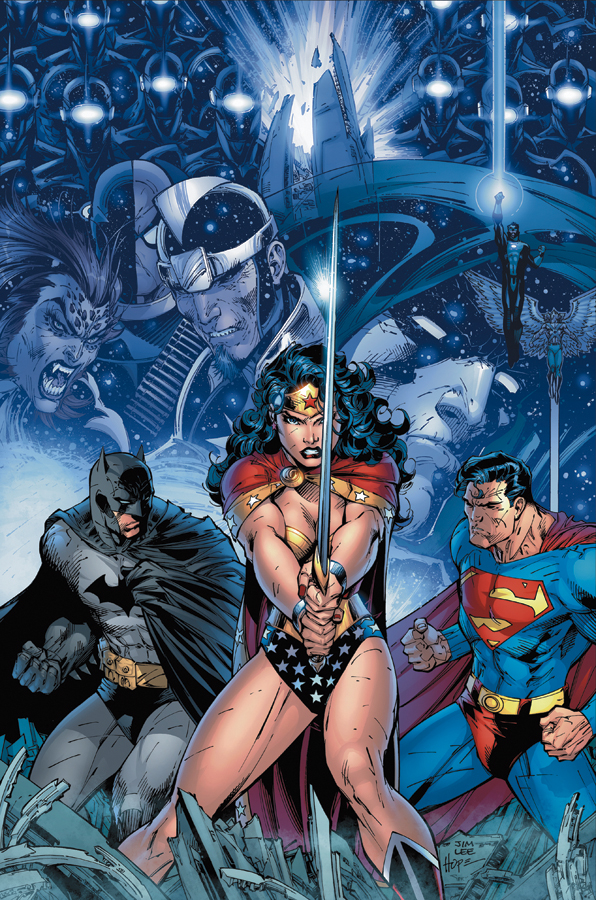 JUN060204
(W) Geoff Johns (A) Various (CA) Phil Jimenez
Written by Geoff Johns
Art by Phil Jimenez, George P rez, Jerry Ordway,
Ivan Reis, Andy Lanning and others
Covers by Jimenez
The 7-issue miniseries event that rocked the entire DC Universe in 2005-2006 - a sequel to the epic CRISIS ON INFINITE EARTHS - is now collected in an amazing hardcover collection! Written by Geoff Johns (GREEN LANTERN, TEEN TITANS) with art by a who's who of comics' greatest talents - including Phil Jimenez, George P rez, Jerry Ordway and more, this hardcover is a must-have for any DC collector.
OMAC robots are rampaging, magic is dying, villains are uniting, and a war is raging in space.  And in the middle of it all, a critical moment has divided Earth's three greatest heroes: Superman, Batman and Wonder Woman. It's the DCU's darkest day, and long-lost heroes from the past have returned to make things right in the universe...at any cost.  Heroes will live, heroes will die, and the DCU will never be the same again!
This exhaustive volume also contains every cover and variant produced for the project, annotations, character designs, excerpts from scripts, unused scenes, and much more! For a signed edition, se the Dynamic Forces section of Previews.