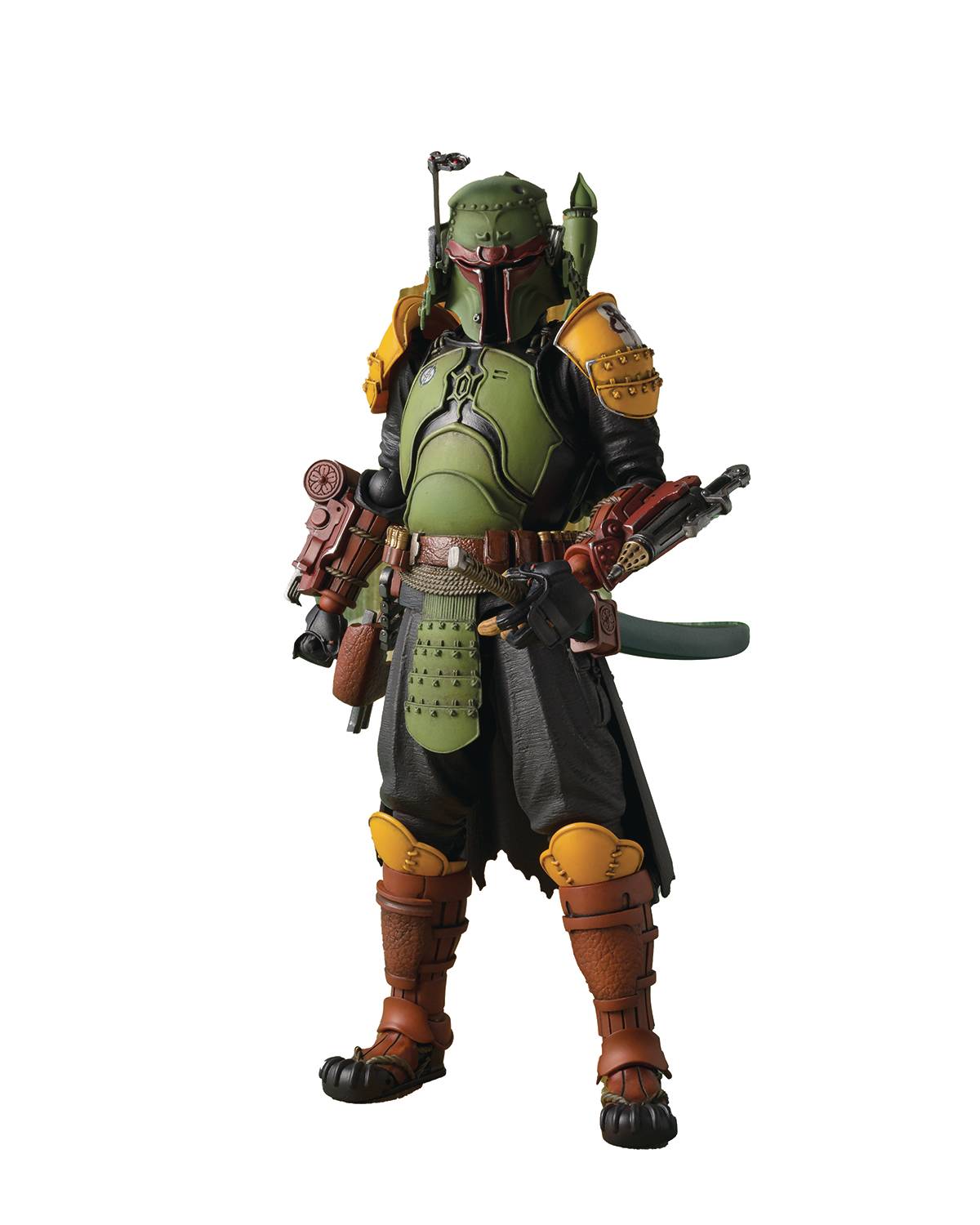 # # # # # # # # #
JUL229519
From Tamashii Nations. Drawing inspiration from his appearance in the recent Star Wars live-action series on Disney+, Boba Fett joins the Meisho Movie Realization lineup once more in his reclaimed Mandalorian Armor. In addition to his standard rifle and blaster armaments, this figure will also include a Meisho style version of the Gaffi Stick gifted to him in the series by the Tusken Raiders . Boba Fett's infamous fibercord cable which fires from his right arm gauntlet has also been reimagined as a chain weapon with a small claw at the end for capturing his foes. Set Contents: Boba Fett figure, jetpack, rifle, blaster, katana, sheath, Gaffi Stick weapon, chain claw accessory, 2 pairs of interchangeable hands