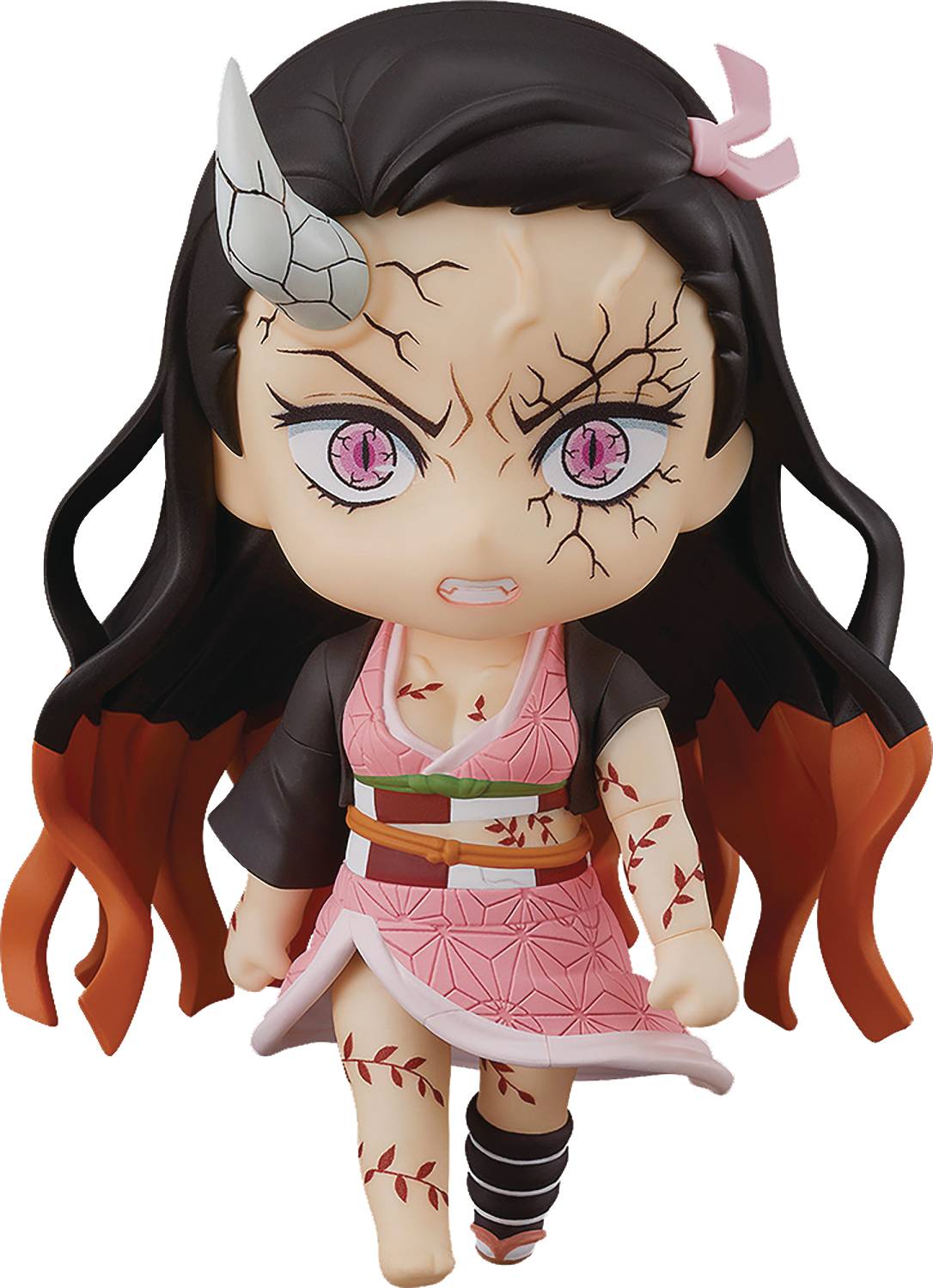 # # # # #
JUL229133
From Good Smile Company. From the anime series Demon Slayer: Kimetsu no Yaiba comes a Nendoroid of Nezuko in her demonized appearance! She comes with three face plates including a standard face, an attacking face and a crazed face. The pattern on Nezuko's body has been faithfully captured in Nendoroid form. Optional parts include a Blood Demon Art effect part which can be combined with her kicking leg part and other parts in order to create scenes of her locked in combat with Upper Rank demons. Be sure to add her to your collection!