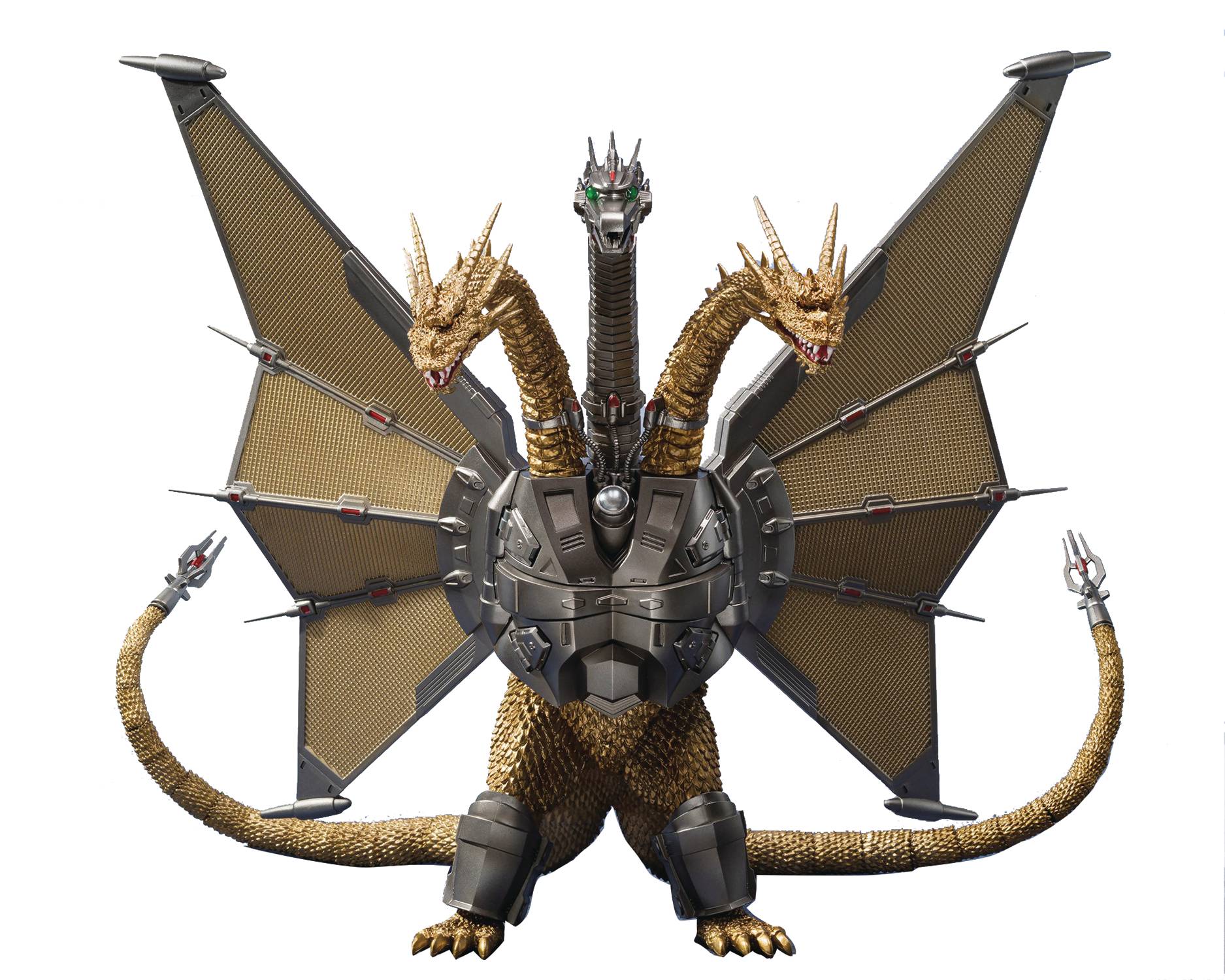 # # # # # # # #
JUL228925
From Tamashii Nations. Mecha Ghidorah rejoins S.H.MonsterArts in a special Shinjuku Decisive Battle Special Set! All three heads and two tails are articulated for flexible posability. Renewed and revamped from its original 2015 release, a portion of the body has been replaced with diecast metal, and new colors are used throughout to better capture the on-screen appearance. And what's more, new "damaged parts" are included to let you replicate the appearance as the decisive battle unfolded in Shinjuku. Just as with the 2015 release, detachable machine grappler hands are included as well. [Set Contents]Main Body, Machine grappler hand set, Optional damaged wing parts L/R, Stand