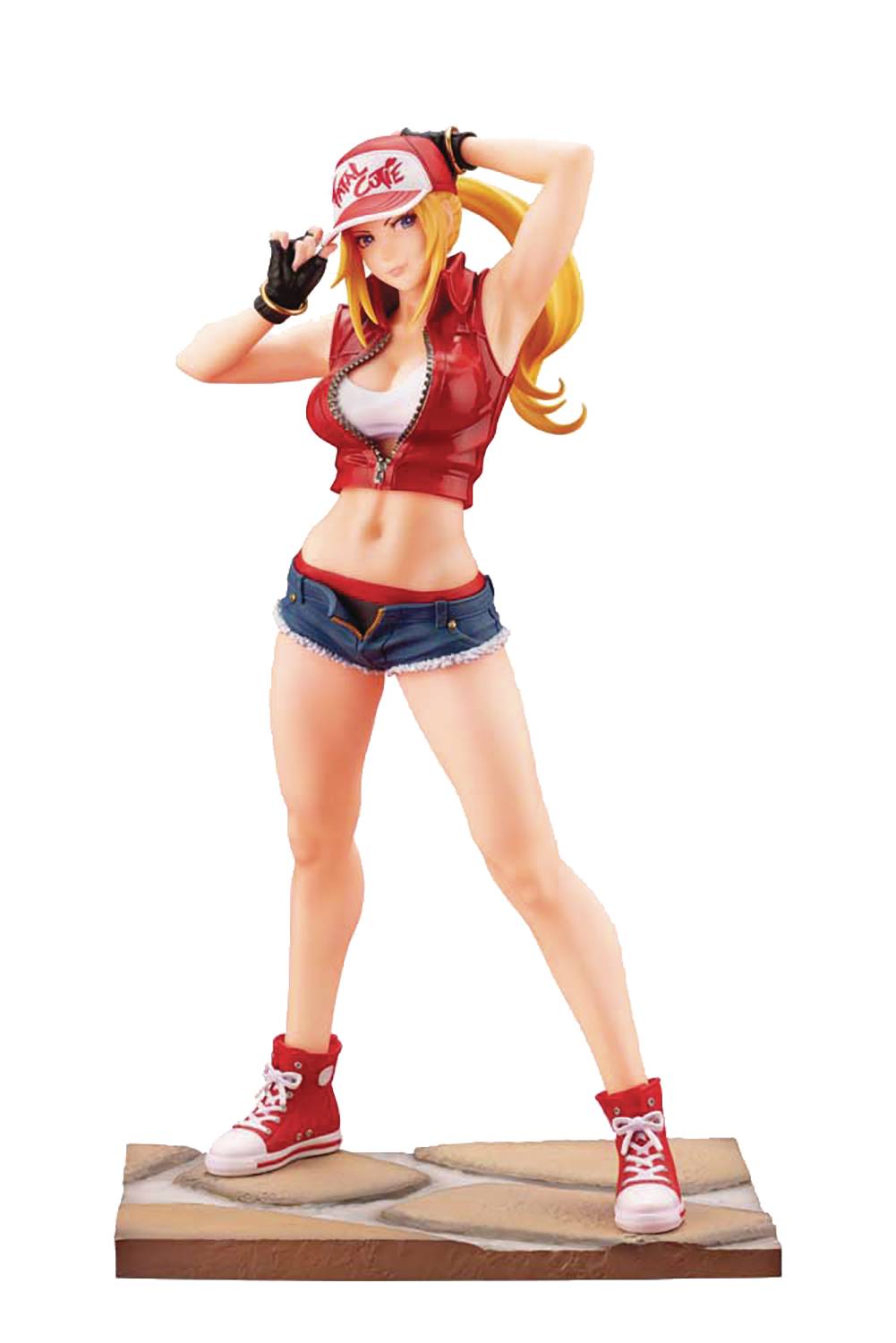 # # # # # # # #
JUL228415
From Kotobukiya. Adored by children for his bright personality, the friendly fighter Terry Bogard from SNK Heroines: Tag Team Frenzy joins the BISHOUJO series lineup after being transformed into a girl by a certain someone! The city's hero was stylized by the beloved illustrator Shunya Yamashita just for this figure, which will be brought to life by sculptor Yoshiki Fujimoto. This statue puts a spin on the Legendary Hungry Wolf's outfit while retaining the iconic American style with the red jacket, denim jeans, and sneakers. The print on the cap has been changed to FATAL CUTIE, and the jeans have been made into denim shorts! The base recreates the stone floor featured in the boss stage of the game, the Audience Chamber.